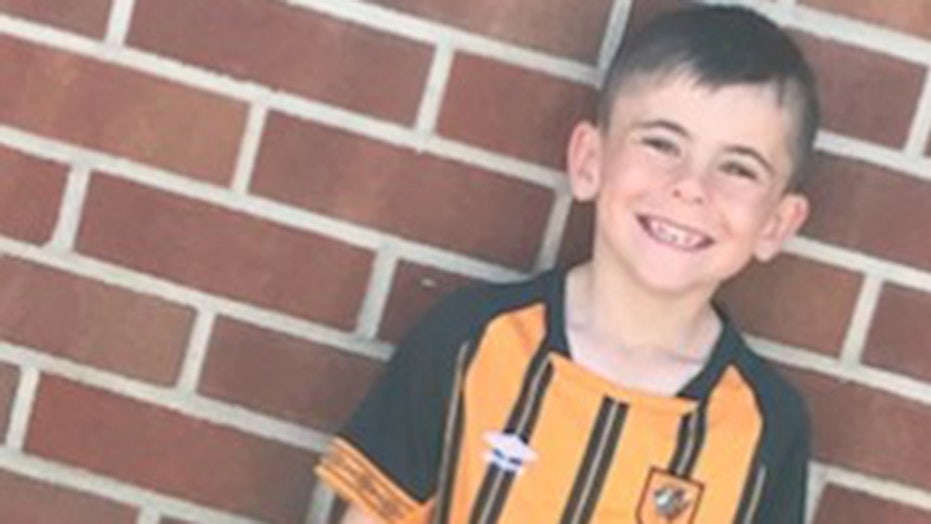 A 78-year-old British retiree was sentenced Tuesday to three years in jail after accidentally shooting his six-year-old great-grandson with an unlicensed, modified air rifle

Soccer fanatic Stanley Metcalf died after he was accidentally shot in the stomach by a pellet during a family gathering in Sproatley, England, nearly a year ago, according to reports. His last words were, "You shot me granddad".

His great-grandfather, Albert Grannon was charged with shooting the boy with the .22-caliber Stoeger X20 air rifle, Humberside police said. He also admitted a charge of possessing an adapt pellet gun without holding a firearms license.

Grannon showed no emotion as he stood to be punished in Sheffield Crown Court, Sky News reported. He was sentenced after pleading guilty to manslaughter.

Stanely Metcalf, 6, died in England nearly a year ago after being shot by his great-grandfather Albert Grannon, 78. Grannon was sentenced Tuesday to three years in prison for manslaughter. (Humberside Police )

"Not once did he say sorry,” Stanley’s mother Jenney Dees said of her grandfather, according to the news outlet. “Now if he did, it would be meaningless - too little, too late."

She delivered a victim’s impact statement in which she said that she hoped “my Grandad” can live with himself and the pain he had caused, Humberside police said.

“There are no winners in all of this but there are losers, and the biggest loser of all is my son, Stanley Andrew Metcalf,” Dees said.