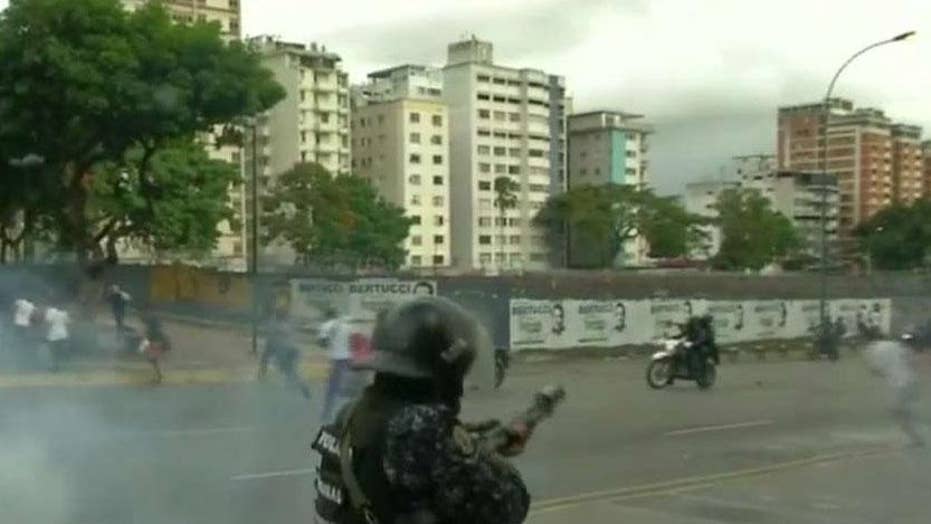 Is there a chance for a peaceful transfer of power in Venezuela?

About 20 tons of gold from Venezuela's central bank was ready to be hauled away Tuesday on a Russian airline's Boeing 777 that landed in Caracas a day earlier, a Venezuelan lawmaker wrote on Twitter.

The destination of the $840 million in gold bars was unknown, but a source told Bloomberg News that it represented about 20 percent of the country's holding of the metal. The gold was set aside for loading, the report said.

The news outlet, which first reported on the tweet, identified the lawmaker as Jose Guerra. The lawmaker did not provide evidence for his claim but is identified in the report as a former economist at the country's central bank with close ties to workers still there.

Noticias Venezuela, a news outlet in the country, posted a photo of what it identified as a Nordwind Airlines plane from Moscow that made the trip with only a crew aboard.

Simon Zerpa, Venezuela's finance minister, did not comment about the gold when reached by Bloomberg and denied there was a Russian plane at the Simon Bolivar International Airport in Caracas.

"I'm going to start bringing Russian and Turkish airplanes every week so everybody gets scared," he joked.

Bloomberg reached out to Nordwind, which did not comment on the purpose of the flight. The airline did not immediately respond to an email from Fox News.

PENN: COULD THE US END UP LIKE VENEZUELA? IT MIGHT IF WE DON'T LEARN THESE THREE CRITICAL LESSONS

A plane belonging to a Moscow-based company was reportedly seen Monday heading to an international airport near Caracas, according to flight tracking records.

Some conspiracy theories have circulated, including that the plane carried mercenaries, but there was no solid evidence, Reuters reported.

Russia, one of President Nicolas Maduro's staunchest supporters, is reportedly owed billions by the Latin American nation. Russia has said it expects Venezuela to have problems repaying debt ahead of an upcoming payment on a Russian loan.

Venezuela is treading in the uncharted political waters after opposition leader Juan Guaido declared himself interim head of state last week in a direct challenge to Maduro’s reign. The 35-year-old head of the opposition-led national assembly has the backing of more than a dozen mostly western nations including the United States, Canada and several members of the European Union.

Venezuela's Supreme Court on Tuesday agreed to a prosecutor's request to prevent Guaido from leaving the country while the Socialist government conducts a criminal probe into his activities.

Guaido said outside the National Assembly building that he was aware of personal risks, but added, "Venezuela is set on change, and the world is clearly conscious of what's happening."