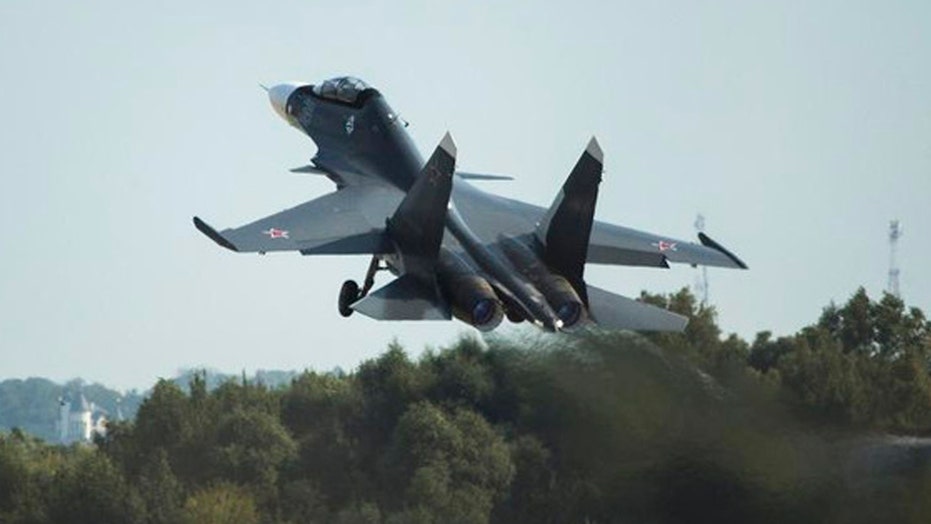 Russia announced a major air offensive in Syria on Tuesday, ending a three-week cease-fire with a barrage of airstrikes on the besieged, rebel-held part of the northern city of Aleppo, according to U.S. officials -- all just a few hours after Russian President Vladimir Putin spoke over the phone to President-elect Donald Trump about their goals for ending the Syria crisis.

Officials said Putin and Trump agreed on the need to combine efforts in the fight against what the Kremlin called their No. 1 enemy -- "international terrorism and extremism."

President Barack Obama's administration has been trying for months to negotiate a cease-fire in Aleppo, the epicenter of the war between President Bashar Assad and rebels fighting to topple him, some of whom receive U.S. aid. Al Qaeda's local affiliate fights alongside the rebels, but the Islamic State group has no presence in Aleppo.

Russian fighter jets launched from an airbase along Syria’s coast to participate in the new airstrikes. Six Su-33 jets from Russia’s aircraft carrier, Admiral Kuznetsov, were moved to the old Bassel al-Assad airport in the coastal province of Latakia on Saturday, according to officials, to take part in the strikes.

The Soviet-era aircraft carrier is not equipped to launch fully armed and fully fueled jets because the aircraft carrier does not have steam catapults like its American counterparts.Russian Defense Minister Sergei Shoigu said Russian warplanes would target ammunition depots, training camps and armaments factories in the rebel-held province of Idlib and the central province of Homs. He did not immediately mention Aleppo.

Activists reported strikes in all three places. The Britain-based Syrian Observatory for Human Rights said missiles fired from Russian warships in the Mediterranean have struck areas in Aleppo and Idlib provinces. The Observatory said airstrikes also struck three neighborhoods in Aleppo city, but had no immediate word on casualties.

Long range Tu-95 “Bear” and Tu-160 “Blackjack” bombers were last seen by U.S. satellites getting armed at a Russian Air Force base in Engels in southern Russia. So far, they have not participated in the new round of strikes, but that could change very soon, according to officials.

Advanced MiG-29K fighter jets from the Russian aircraft carrier in the eastern Mediterranean have been seen launching and flying directly to the Russian airbase in Syria to arm. It was not immediately clear whether these fighter jets participated in the latest round of airstrikes.

Russian Defense Ministry Maj. Gen. Igor Konashenkov insisted that the Russian military did not strike any targets in the city of Aleppo, adding that Russian and Syrian warplanes have not conducted any raids on the city for four weeks. He said claims that Russian warplanes had bombed hospitals in Aleppo province were "outright lies."

Activist Baraa al-Halaby, who is based in eastern Aleppo, said via text messages that warplanes were firing missiles and helicopters were dropping barrel bombs on the eastern part of Syria's largest city.

"People are scared. The bombardment is intense," al-Halaby wrote.

In mid-October, Russia said it would halt weeks of deadly airstrikes to allow rebels and supporters to leave eastern Aleppo. The rebels refused to take up the offer and the United Nations failed to negotiate the delivery of aid into the besieged area.

On Saturday, government troops fought off a rebel offensive on western parts of Aleppo that was designed to break the siege on the opposition-held east. Aleppo has been contested since 2012.

The government siege has left an estimated 275,000 people trapped, with no aid allowed in since July, amid a punishing bombing campaign.

In Geneva, meanwhile, two U.N. agencies said food production in Syria has shrunk to "an all-time low," threatening to drive more people from their homes after 5-1/2 years of war.

The World Food Program and the Food and Agricultural Organization say factors like rising prices, poor weather, general instability and the lack of fertilizer and seeds could force some farmers to stop producing.

A joint report released Tuesday says the planting area in the 2015-2016 season was the smallest ever in zones controlled by the government, ethnic Kurds and the armed opposition. WFP spokeswoman Bettina Luescher said information was lacking about areas controlled by ISIS.