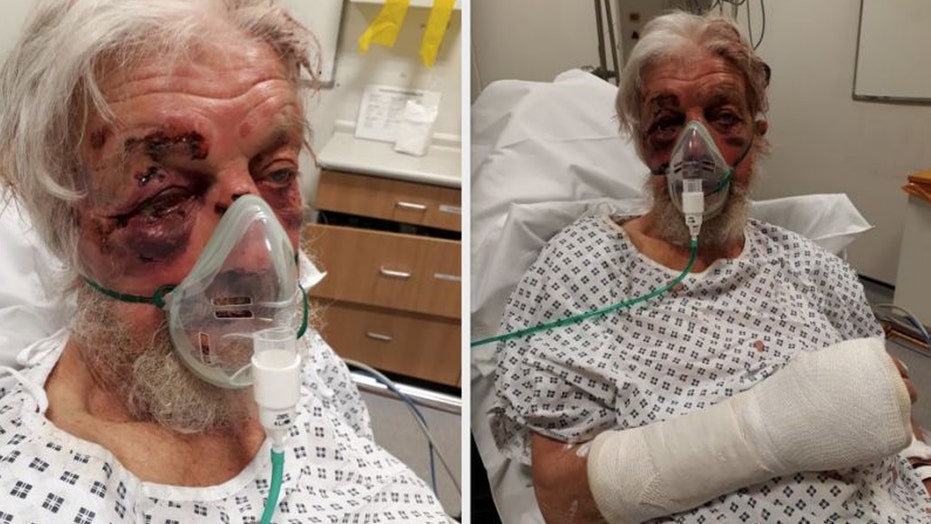 A man who was nearly killed in what authorities described as "nonsensical" road rage act in England this spring said he just wants to see who was responsible for the attack in a courtroom.

Paul Eva, 80, was crossing a road in southeast London on April 21 when the Metropolitan Police said he had a "verbal altercation" before the motorist pulled over, chased him, and pushed him into a brick wall.

Eva was knocked unconscious and sustained multiple injuries including a broken wrist, nose, and cheekbone.

Paul Eva, 80, sustained serious injuries after being struck in what police described as a "nonsensical" attack in April. (Met Police)

Speaking to Sky News ahead of Dugdale's sentencing, Eva said his wife thought he was dead following the attack, and he is still struggling with his injuries.

"My wife was pretty shaken up by the whole experience," he said.

He also said that he would not recognize his attacker if he saw him the street, and had a desire to "see the idiot who did this to me."

Dugdale was scheduled to be sentenced on Tuesday, where Eva said he was planning to be to stare down his attacker.