U.S. special forces are assisting the Philippines armed forces to end the ongoing siege of a town by ISIS-linked militants, Reuters reported Saturday, citing a U.S. embassy spokesperson in Manila.

The spokesperson did not provide details about the level of involvement and there is reportedly no evidence the U.S. has troops on the ground there. The report said a U.S. surveillance plane was seen flying over the town, Marawi, on Friday.

As it stands, the fighting has been unprecedented; while militants have launched major attacks before, never before has any group occupied territory in the heartland of the Philippines’ Islamic faith for this long. Two weeks after the conflict began, at least 178 people have been killed and the army is still battling to regain control with airstrikes and artillery. 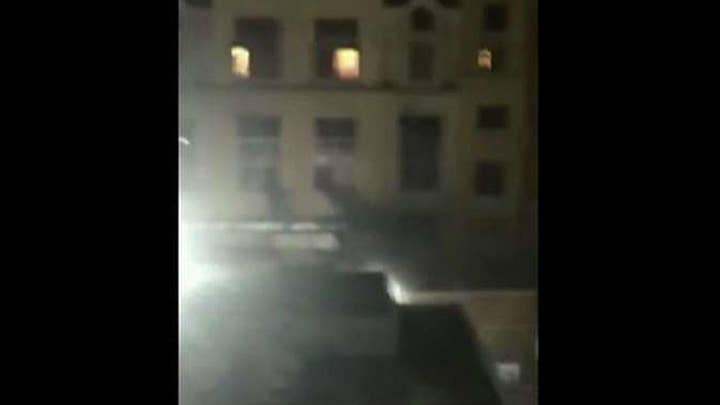 The militants, who are believed to be holding a Catholic priest and many other hostages, have torched buildings and destroyed at least one church. Ano said they occupy 10 percent of the city and have positioned snipers in tall buildings. Much of the city center has been devastated.

The crisis in Marawi, combined with fears that the Islamic State group is breathing new life into Muslim insurgencies in Southeast Asia, has put the Philippines and the region on edge.

On Friday, when a masked gunman began shooting and burning gambling tables in a Manila casino, terrified patrons immediately assumed an Islamic State siege was underway. The radical group claimed responsibility for the attack, in which dozens of people died of smoke inhalation, but there has been no evidence to back its claim. Police insist the motive was robbery, and the gunman’s family says he was a disgruntled gambling addict.

Still, the episode highlighted what House Speaker Pantaleon Alvarez described as the “unsettling inadequacy” of public security in the capital. The attack, he said, should “serve as a wake-up call” to do something about it.

A security conference this past weekend in Singapore attended by defense ministers and experts from 39 nations produced a flurry of alarmed statements. Among the topics: a fear that places like Marawi could become a new base for the Islamic State group as it loses territory in the Middle East.

“If the situation in Marawi in the southern Philippines is allowed to escalate or entrench, it would pose decades of problems,” said Singapore Defense Minister Ng Eng Hen. “All of us recognize that if not addressed adequately, it can prove a pulling ground for would-be jihadists.”