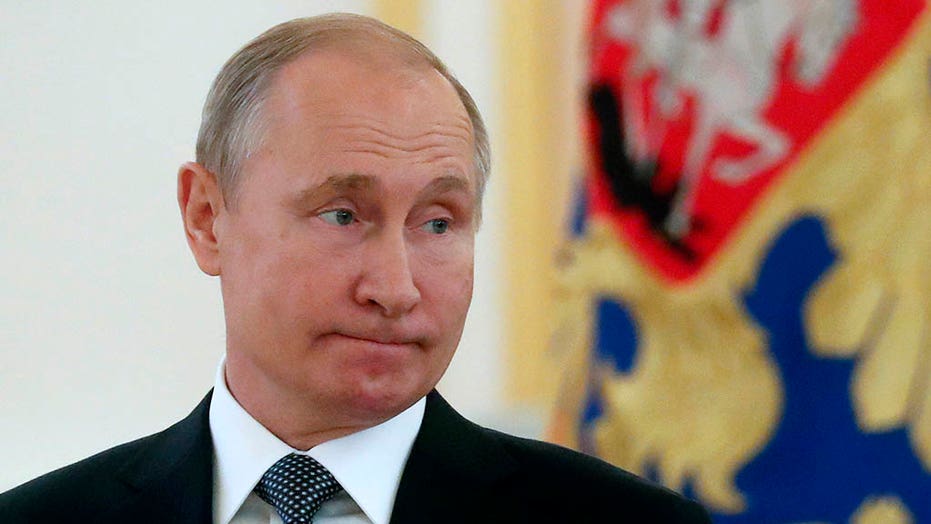 The move follows Washington’s departure from the decades-old agreement that President Trump said Russia had been "violating for many years." The U.S. gave notice of its intention to withdraw from the pact in February, setting the stage for the treaty to terminate in six months unless Moscow returned to compliance. Moscow responded by suspending its own obligations under the treaty.

The treaty signed by President Ronald Reagan and Soviet leader Mikhail Gorbachev banned both the United States and Russia from possessing, producing or test-flying any ground-launched cruise missile with a range of 300 to 3,400 miles.

The Trump administration has said Russia broke the deal by deploying Novator 9M729 land-based cruise missiles, whose range falls within the distance prohibited by the treaty. The U.S. reportedly discovered in 2012 that Russia was violating the treaty and informed some European allies, though not the entire NATO membership. Russian officials have repeatedly denied any breaches and have suggested the U.S. hasn't complied with the treaty by placing missiles in European bases.

The White House had no immediate comment on Russia's action Wednesday. In October, Trump claimed the agreement did little more than interfere with U.S. military development.

“I don't know why President [Barack] Obama didn't negotiate or pull out,” the president said at a Nevada rally, before vowing: "we're not going to let them violate a nuclear agreement and go out and do weapons, and we’re not allowed to."

At the time, top Russian officials called Trump's remarks a "very dangerous" provocation that would lead to "full chaos."

"After years of denials, Russia recently acknowledged the existence of a new missile system, called 9M729," Stoltenberg said at the time. “Russia has not provided any credible answers on this new missile. All allies agree that the most plausible assessment would be that Russia is in violation of the treaty.”

Stoltenberg tweeted last week: "I will chair a meeting of the #NATO-Russia Council in Brussels on [Friday] 5 July. This is part of our continued political dialogue, to address Ukraine, the #INFTreaty, and transparency & risk reduction.”

Intermediate-range weapons reach their targets quicker than intercontinental ballistic missiles raising the likelihood of a global nuclear conflict over a false launch warning.

The Kremlin has vowed that Russia will not be the first to deploy new intermediate-range missiles and warned the U.S. not to deploy missiles in Europe.