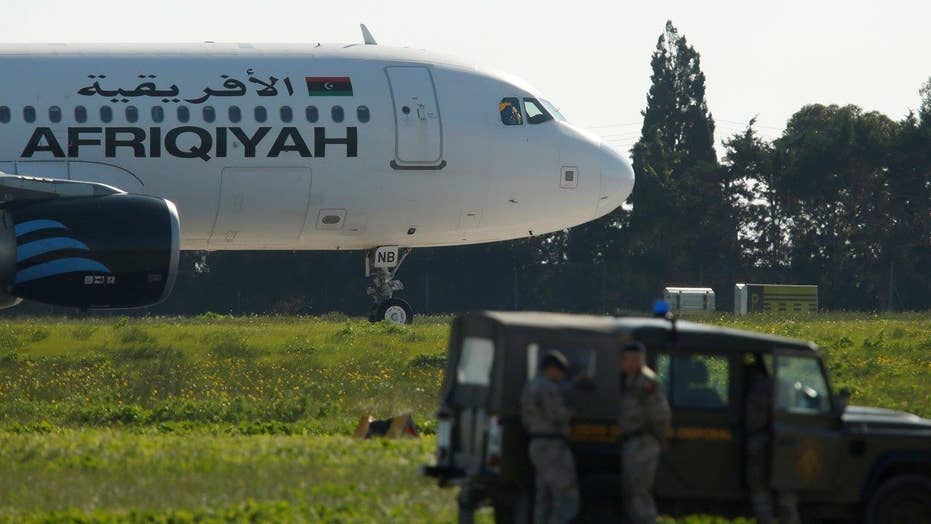 Crisis at Malta airport over after suspects searched, taken into custody

Two hijackers diverted a Libyan commercial plane to Malta on Friday and threatened to blow it up with hand grenades before surrendering, Maltese authorities and state media said.

No passengers or crewmembers were hurt following a standoff that begane after the aircraft landed at 11:32 a.m.

One hijacker told the crew that he was 'pro-Qaddafi,' The Times of Malta reported, according to Reuters.

State television TVM said the two hijackers on board had hand grenades and had threatened to explode them.

Airport officials said the Afriqiyah Airways Airbus A320 flight from Sabha, with original destination Tripoli, had 118 people on board: Maltese Premier Joseph Muscat said that included 111 passengers, 82 men, 28 women and an infant.

Muscat had tweeted earlier that there was a "potential hijack situation" involving an internal Libyan flight that was diverted to Malta and that emergency operations were underway at the airport.