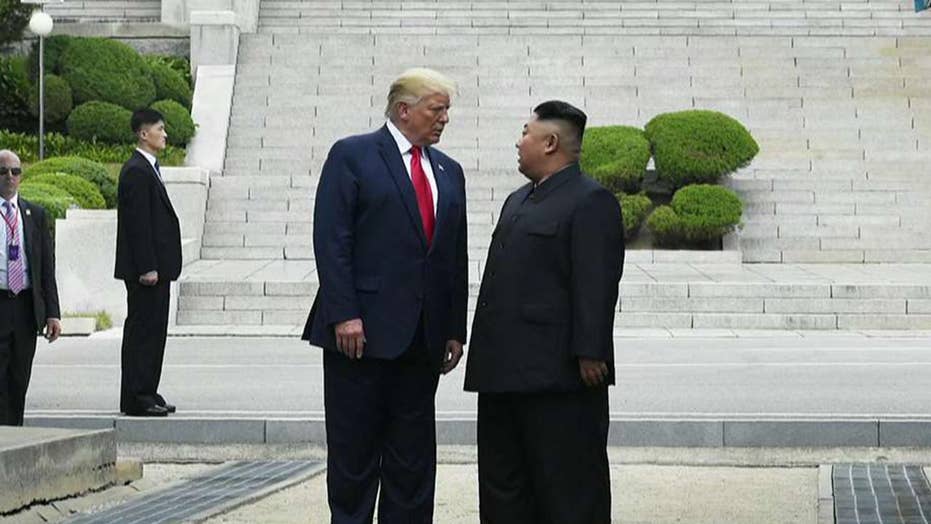 North Korea is growing impatient with the U.S. over stalled nuclear talks and what it says are contentious policies and one-sided disarmament demands, a senior Hermit Kingdom official said Sunday local time.

Kim Yong Chol said in a statement there has been no progress in U.S.-North Korea relations. He warned that the cordial relationship between dictator Kim Jong Un and President Trump wouldn't be enough to prevent nuclear diplomacy from failing, threatening that "there could be the exchange of fire at any moment."

North Korea set a year-end deadline to find common ground and mutual terms for the possible denuclearization of the Korean Peninsula. Chol said Sunday the U.S. would be "seriously mistaken" to ignore the deadline.

On Thursday, North Korea urged Trump and the White House to act "wisely" through the end of the year.

“Contrary to the political judgment and intention of President Trump, Washington political circles and DPRK [Democratic People's Republic of Korea] policymakers of the U.S. administration are hostile to the DPRK for no reason, preoccupied with the Cold War mentality and ideological prejudice,” Foreign Ministry adviser Kim Kye Gwan said in a statement. "We want to see how wisely the U.S. will pass the end of the year."

Denuclearization talks have been at a standstill for months, with little diplomatic progress being made. North Korea has demanded that the U.S. lift crippling economic sanctions in order to move forward and possibly dismantle its nuclear program, although analysts have said a complete denuclearization of the Korean Peninsula is unlikely.

In signs of growing impatience, North Korea again embarked on so-called missile diplomacy over the summer -- conducting several weapons tests since July, including one in early October.

While Pyongyang has said the country is open to talks with the U.S., the two nations have not had a formal sit-down since the failed Trump-Kim summit in Hanoi, Vietnam, in February -- the second between the two leaders. Their first historic summit took place in Singapore in June 2018.

Trump has touted a warm relationship with Kim Jong Un. In August he said he received a "beautiful letter" from the dictator. In June, Trump became the first sitting U.S. president to step foot in the Hermit Kingdom. He met briefly with Kim at the Demilitarized Zone (DMZ) that divides North and South Korea.

“I sincerely hope that a motive force to overcome all the obstacles between the DPRK and the U.S. and to advance the bilateral relations in the better direction will be provided on the basis of the close relationship,” Gwan also said Thursday.