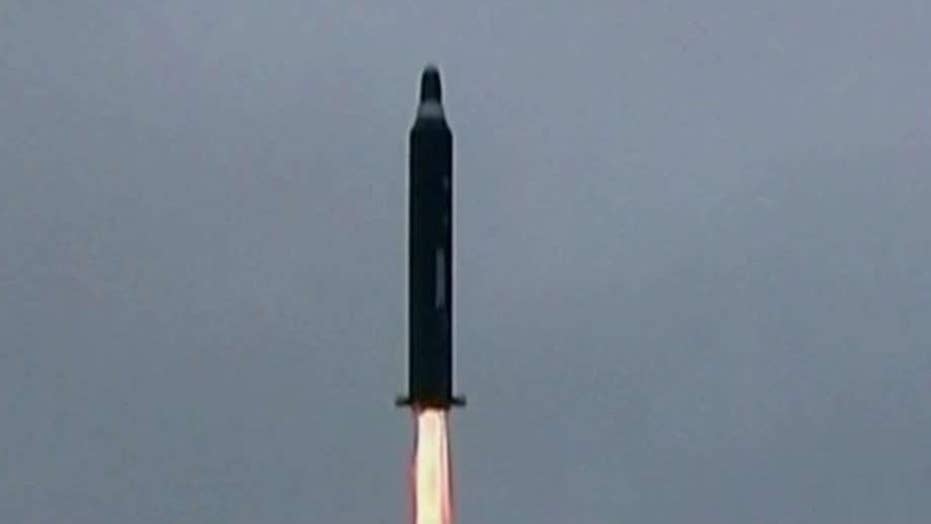 North Korea might be talking “peace” but behind the scenes, it is making “war” – or at least “war-like “material.

A report recently released by the Center for International Security and Arms Control at Stanford University said in just the past year, Pyongyang has produced enough highly-enriched uranium and plutonium to make five to seven nuclear bombs. That adds to what the center says is an arsenal of 30 warheads.

But the report noted that last year’s Singapore summit and a halt to nuclear tests and missile launches by the North has led to “lowered tensions and the threat of war” on the Korean peninsula.

Still, that didn’t stop North Korea from adding material to its nuclear arsenal.

“Despite a reduction in tensions,” Robert Abrams, the head of U.S. military forces in South Korea, “little to no verifiable changes occurred in North Korea’s military capability.

The news comes as Vietnam’s foreign minister was visiting Pyongyang on Tuesday. Hanoi will be the site of the next summit involving President Trump and the Korean leader on February 27 and 28.

“Both sides want to make sure this is a success,” North Korea expert Jung Pak told Fox News. “It depends on what you consider success.”

There are new reports North Korea might allow in UN weapons inspectors to observer the dismantling of a nuclear facility. There is also speculation that the U.S. will make small concessions regarding sanctions.

But the fear is Kim is playing for time.

“If he perceives he has maximum flexibility,” Pak said, “then we’re in for a whole lot of hurt and a lot of painstaking negotiations.”

Experts are somewhat reassured that more legwork is being done to prepare for the upcoming session. U.S. Special Envoy Stephen Beguin is among those reportedly heading to Hanoi again next week to meet with North Korean officials.

President Trump sounded hopeful about the summit in a speech Monday night in El Paso.

“Hopefully, we will do as well with the second summit,” he said, “as we did with the first.”