Trump's event, held at the El Paso County Coliseum for his first "Make America Great Again Rally" of the year, didn't identify the dueling rally nearby, in the town that sits along the U.S.-Mexico border, but the president did mention O'Rourke.

The "young man" with a "great name," "challenged us," the president said in reference to O'Rourke.

Trump added, "In fact, what I would do is, I would say that may be the end of his presidential bid, but he did challenge it."

The president announced his rally last week during his second State of the Union address, in which he alleged El Paso is now one of the nation's safest cities because of a "powerful barrier" that was put in place — a claim that others disputed.

He reiterated that point on Monday night. Speaking to the crowd, in front of a large red banner that read, "finish the wall," Trump said El Paso is one of the "safest cities" in America "thanks for a powerful border wall."

LAWMAKERS REACH 'AGREEMENT IN PRINCIPLE' IN BORDER SECURITY TALKS, WITH $1.3B FOR BARRIER

He claimed that El Paso, compared to Juarez, Mexico, just across the southern border, had far less murders than the nearby Mexican city, adding: "Walls work."

Moments before the president took the stage Monday, lawmakers reached "an agreement in principle" to fund the government and avoid another partial government shutdown. The deal includes around $1.3 billion for a barrier along the southern border. 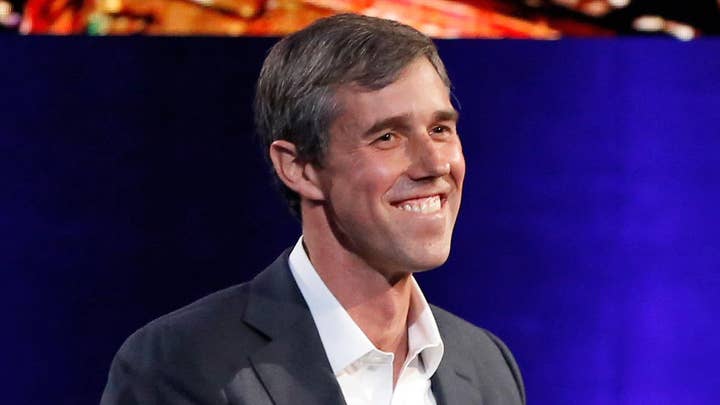 Trump mentioned on stage that he didn't know details, as news of the deal broke just before his rally, but acknowledged that "progress [was] being made" for border security.

The White House last month agreed to a temporary spending bill to end a 35-day partial shutdown, although Trump said at the time that the move was not a "concession" and that he would not relent on his demands for a wall.

The talks had cratered over the weekend because of Democratic demands to limit immigrant detentions by federal authorities, but lawmakers apparently broke through that impasse Monday evening.

Trump — who touched on several topics throughout his rally — was interrupted several times throughout the event, seemingly by protesters. His supporters responded by shouting chants of "USA" and "finish the wall" over the disturbances.

The president brought up embattled Gov. Ralph Northam, D-Va., after speaking on Democrats' position on abortion. He said he liked Northam -- who is facing calls to resign after his medical school yearbook page featured one person in blackface and another in a KKK robe -- because he steers negative news coverage away from his administration.

Trump also mentioned Northam's first news conference regarding the ordeal — "He almost moonwalked!" — in which the governor recalled how he darkened his skin when he dressed as Michael Jackson once for Halloween.