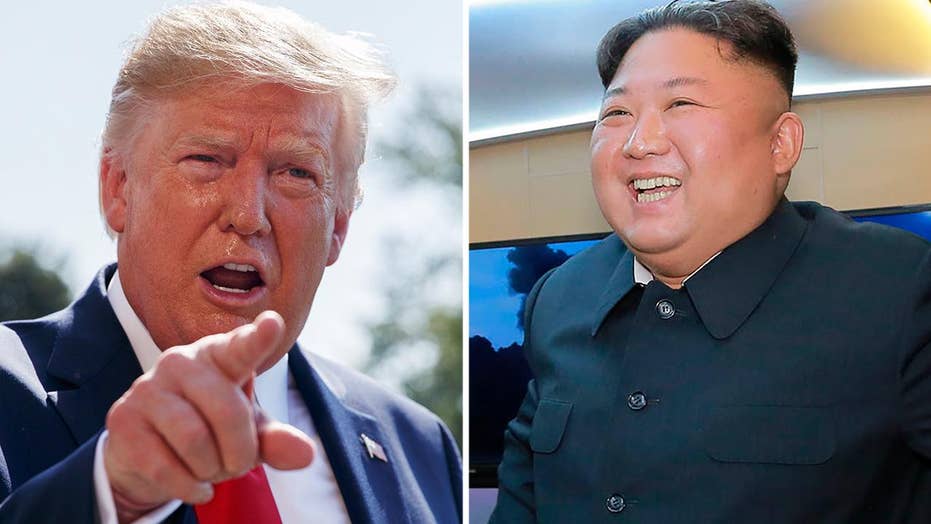 North Korea fired more projectile missiles into the sea early Saturday in a likely rebuke of joint military exercises between the United States and South Korea that the North has long regarded as a dress rehearsal for invasion.

Pentagon officials told Fox News the missiles were fired from North Korea’s east coast into the Sea of Japan. The sources would not confirm how many missiles were launched.

People watching a TV showing an image of North Korea's a multiple rocket launch during a news program at the Seoul Railway Station in South Korea on Aug. 1. (AP)

Seoul's Joint Chiefs of Staff said the projectiles were launched from an area near the North's east coast, according to South Korea's Yonhap news agency. It didn't immediately Identify the projectiles or suggest how far they flew.

The North Korean missile tests, which Trump has repeatedly played down, come amid stalled diplomatic talks with the United States on the North's nuclear program.

So far, North Korea has stuck by its unilateral suspension of nuclear and long-range missile tests, which came during a diplomatic outreach to Washington last year.

The North described recent test-firings as related to a new rocket artillery system and short-range ballistic missile launches. It previously called them a "solemn warning" to South Korea over its plans to continue military drills with the United States.

Experts say the North's weapons display could intensify in the coming months if progress isn't made on the nuclear talks.