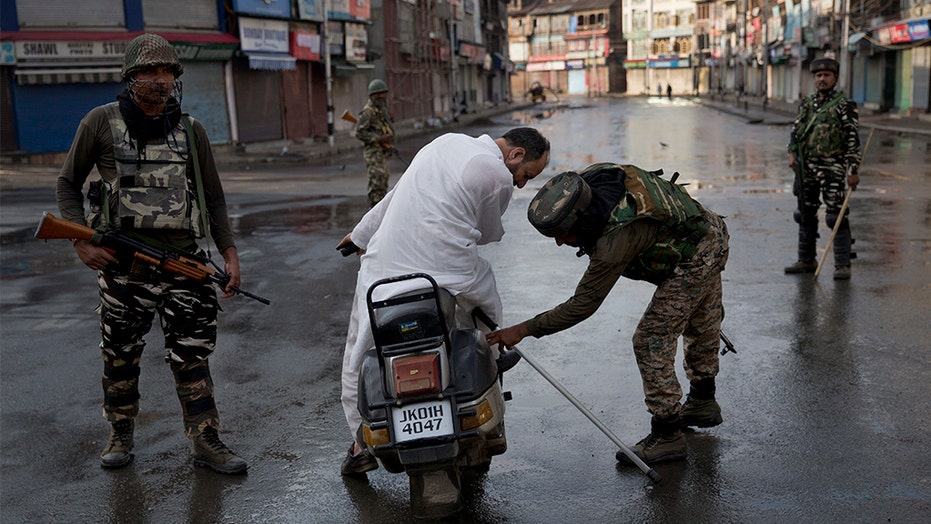 Indian Prime Minister Narendra Modi said Thursday night that his government's move to strip the disputed state of Kashmir of its statehood and special constitutional status will free the disputed Himalayan region of "terrorism and separatism."

Indian authorities instituted an immediate security lockdown and near-total communications cutoff in the Muslim-majority region earlier this week and more than 500 people have been arrested since.

Kashmir is claimed in full by both India and archrival Pakistan, although each country controls only a portion of it. Rebels have been fighting Indian control in the portion New Delhi administers for decades. India downgraded the divided region from statehood to a territory Sunday night, limiting its autonomy and eliminating its right to its own constitution.

In a nationally televised speech, Modi reassured Kashmir residents that the situation will soon “return to normal gradually.” He added that “mainstreaming” Kashmiris with the rest of India would expedite economic development and create new jobs with investment from public and private companies.

“I have complete faith under this new system we all will be able to free Jammu and Kashmir of terrorism and separatism,” Modi said, referring to provisions in India’s constitution that gave the region special status.

Those provisions "gave Jammu and Kashmir nothing but terrorism, separatism, dynasticism and large-scale spread of corruption,” and were “used as a weapon by Pakistan to incite anti-national feelings against some people in our country,” he said.

“This heaven on earth, our Jammu and Kashmir, will once again reach new heights of development and attract the whole world toward it,” Modi added. “Ease of living will increase for our citizens. Citizens will receive all the benefits they deserve without any obstacles or challenges.”

Pakistan responded to India’s action by saying it would reduce diplomatic ties with New Delhi, expel the Indian ambassador and suspend trade and a key train service between the two countries. Pakistan Prime Minister Imran Khan told his National Security Committee that his government will use all diplomatic channels “to expose the brutal Indian racist regime” and human rights violations in Kashmir.

Pakistani Foreign Minister Shah Mahmood Qureshi added that Islamabad is not considering military actions, but is looking instead towards political and legal sanctions.

India and Pakistan have fought two wars over control of Kashmir since achieving independence from Great Britain in 1947. The first war ended in 1948 with a U.N.-brokered cease-fire that left Kashmir divided and promised its people a U.N.-sponsored referendum on the region’s future. An insurgency that began in 1989 and India's ensuing crackdown have killed more than 70,000 people.