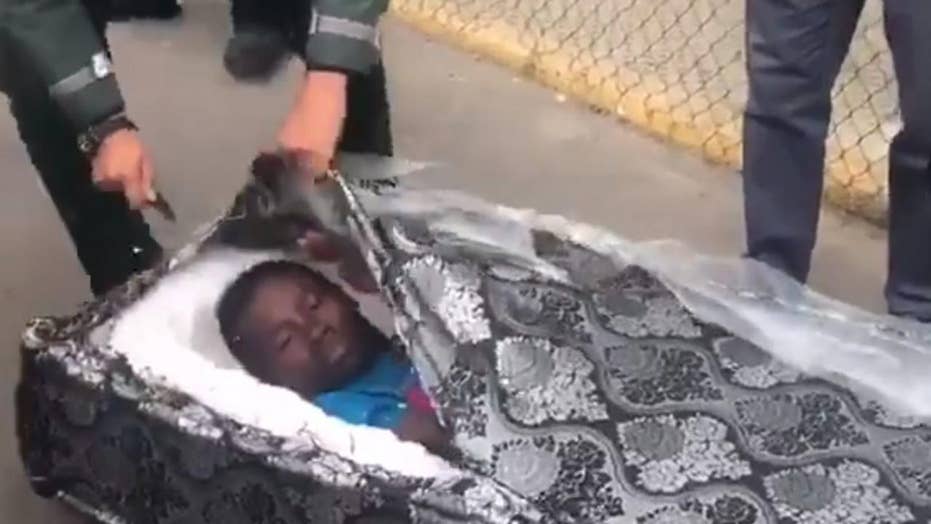 Migrants were discovered hidden in suitcases strapped to a van at a check point near Melilla, Morocco, in an attempt to reach Europe.

Two migrants were discovered hidden inside bed mattresses strapped to a van in a desperate bid to reach Europe.

Shocking footage shows border officers slashing open plastic-wrapped beds strapped to a white vehicle at a check-point near Melilla on the north African coast and Morocco.

One man, dressed in a black and white T-shirt with black jeans, is seen emerging looking dazed as white filling spills from the mattress.

The second man, in a blue Reebok T-shirt, then comes out of a second mattress before walking around the corner and sitting down.

Spanish senator Jon Inarritu shared the footage on Twitter, writing: "As long as there are no safe routes to request asylum, situations like this will continue to occur in the southern border of Europe."

The two men, both believed to be sub-Saharan youths, were said to be in good health and did not require medical help.