U.S., European, Russian and Arab analysts at a conference in Rome, while pondering the best “security architecture” for the Middle East, admitted — or at least some of them did — that talk of the necessity for a “political,” as opposed to “military,” solution for Syria is somewhat flawed given facts already on the ground.

Gumer Isaev, head of the Center for Contemporary Middle East Studies, in Saint Petersburg, Russia, pointed out that: “Assad is solving his problems with weapons.” And that, he added, does point to a weak position among Western countries. Syrian President Bashar al-Assad, many say, essentially has won the war. Those who want a different outcome may not have much leverage at this point.

Naturally, an immediate end to hostilities and an effective dialogue to stop the civil war in Syria are what the West, and undoubtedly a significant segment of the Syrian population, would like to see. However seven years in, and many conferences later — that appears to be an increasingly elusive scenario.

The conference Monday in Rome was put on by the Euro-Gulf Information Centre, the Center for American Studies and the NATO Defense College. Panelists took a look at who should be in, who should be out, and what different countries can be doing to help resolve a host of problems in the region — and primarily the Syrian dilemma.

Vincenzo Amendola, Italy’s undersecretary of State for Foreign Affairs and International Cooperation, said that the United States “needs to stay engaged to find a way out” of the Syrian crisis and that resolution requires a more rigorous global platform of nations working together to ensure that further atrocities are not committed. 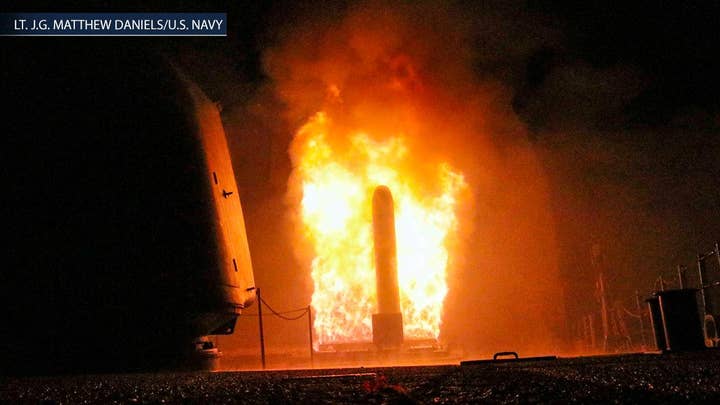 David Campbell Bannerman, member of the European Parliament, lashed out at Iran for the region’s unrest saying that “every stone you overturn in the Middle East” has Iran crawling under it.

He described the Islamic Republic as a “septic octopus,” and said that referring to President Hassan Rouhani as a moderate is a “cynical phrase.”

A diplomat representing an Iranian Foreign Ministry ‎research institute made an intervention at the conference, and defended his country’s involvement in Syria as an existential fight against terrorism.

In terms of how the coalition airstrikes on chemical weapons facilities in Syria early Saturday changes the greater equation, Isaev posited that the action may have been contained not to involve Russian assets because some sort of secret deal between Russia and the West may have been discussed in the days leading up to the attack.

Isaev said Russia wasn’t truly “shamed” by the attack on the Syrian facilities, and does not believe Russia will retaliate for it.

He told Fox News, “Maybe there is already an agreement on the future of Syria, because as I know, there are some ideas in the West to change the situation in Syria. Maybe a transition of power. Maybe to organize elections.”

But that remains in the realm of speculation.

Isaev said that Russia, having lost other allies in the Middle East over the years, has clung to the Damascus regime as its last friend in the region.

Russians, he said, are wary of wars in the Middle East, but they are impressed when their country projects military might. How long Russia — with ISIS all but gone from Syria — might continue supporting Assad militarily, remains anybody’s guess.

And how long Moscow and Russians can endure the costs is another question.

In the meantime, the West and many in the international community, would like to see Russia change its behavior, especially if it turns out Moscow was well aware and complicit in the alleged chemical weapons attack on Douma last Saturday.

Isaev was dubious that additional sanctions on Russia would change Moscow’s maneuvers in Syria.

What will change Moscow’s calculus in Syria is the million-dollar question.