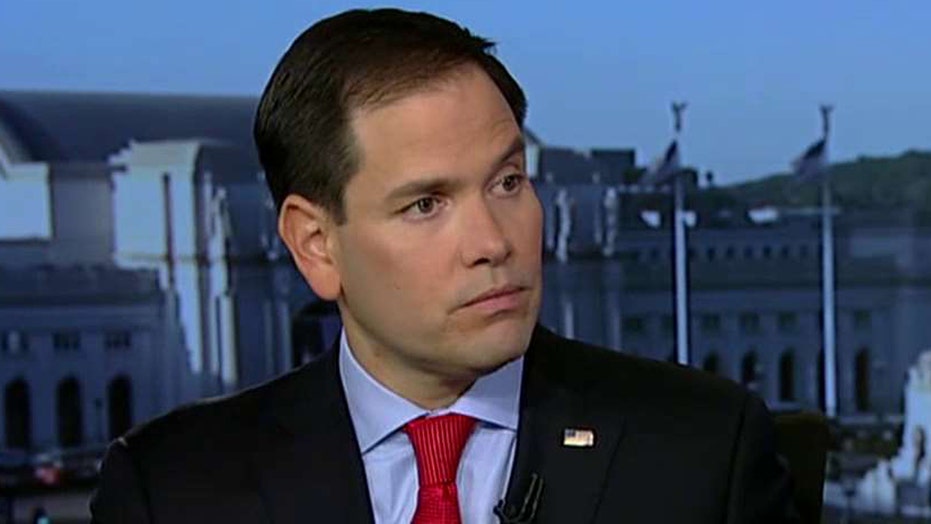 Rubio tells Fox News he will run for Senate re-election

Republican senator explains to Chris Wallace why he changed his mind

CLEAR CREEK COUNTY, Colo.- An Arvada man is being held on $2 million bail after being accused of pouring gasoline on his girlfriend and setting her on fire with her two young children nearby at a Clear Creek County campsite, according to an arrest affidavit.

John Anthony Vasquez, 32, faces charges of attempted second-degree murder, first-degree assault and a violation of a protective order. The woman, who has been identified as Christina Archuleta, was flown to University Hospital in Aurora where she remains in critical condition. She suffered third-degree burns on about 60 percent of her body, mostly on her torso.

According to the affidavit, Vasquez, Archuleta and her two sons, ages 7 and 10, were on an unscheduled camping trip Friday at Barbour Forks south of Idaho Springs.

During interviews with investigators, one of the boys said Vasquez and Archuleta got into a fight on Thursday, and that Vasquez "kicked her, and she punched him in the face, splitting his lip," according to the affidavit.

One boy told investigators with the Clear Creek County Sheriff's Office and the Colorado Bureau of Investigation that he was next to his mother when Vasquez spilled gas on her and lit a lighter.

According to the affidavit, one of the boys said "he saw John pour gas on his mom and light her on fire near one of her shoulders using a blue lighter, then John stood there and laughed.”

The boy told police he saw Vasquez kicking dirt onto Archuleta. One of her sons called 911 and said, “Johnny spilled gasoline on mom and lit a lighter.”

"The allegations are extraordinarily serious," Clear Creek County District Attorney Bruce Brown said. "Our thoughts are with the victim and her family as she recovers from her horrible injuries."

Judge Jonathan Shamis said in setting bond that "In (his) 30-year legal career, he had not seen such a serious allegation."

Vasquez is due back in court July 6.

A GoFundMe page has been set up to help with Archuleta's medical bills and the care of her children.

For more stories go to kdvr.com