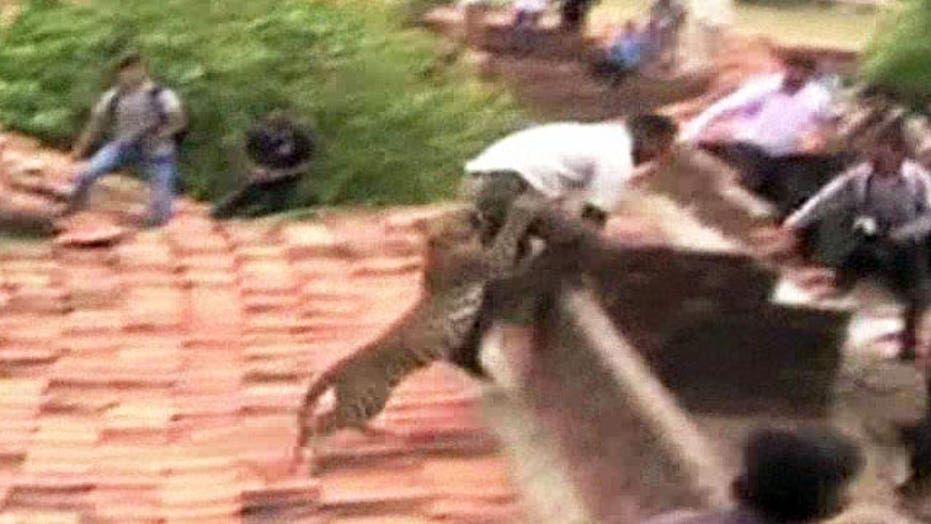 A frightened leopard burst through the roof of a house in western India Monday and bit a man on the behind while trying to flee.

Home video taken from an adjacent rooftop shows the animal pushing through the broken tiled roof of a home in Ballarpur, Maharashtra, and chasing several men in its way. As the cat jumped to another rooftop, it took a bite out of the buttocks of a man trying to escape it, Sky News reported.

Another villager on the scene was attacked as people tried to corner the leopard, but no serious injuries were reported.

The cat darted around, looking for a way out, and finally jumped down to street level, where it found refuge in a bathroom. The video zooms in on the leopard’s eyes, which seem to show fear as it cowers in a dark corner.

India's Forestry Department eventually caught the animal and plans to release it into the wild.

Illegal deforestation has imperiled the habitats of many animals in India, forcing them to wander around searching for food.

Over-development of forest land has also become a threat to many wild animals in the country.