In a coordinated effort lasting more than a decade, the Chinese Communist Party (CCP) used a recruitment agency to infiltrate British, Australian, and U.S. consulates in Shanghai.

A new report from The Australian said leaked membership records revealed information regarding almost two million CCP members, leading to the discovery that 10 consulates in the Eastern city have Communist Party workers.

The members are serving as senior political and government affairs specialists, economic advisers, clerks, and executive assistants, according to the paper.

The database -- which was sent to the Inter-Parliamentary Alliance on China in mid-September -- shows that CCP members are or have been employed by British, German, Swiss, Indian, New Zealand, Italian, and South African missions in the coastal metropolis and through the Shanghai Foreign Agency Service Department.

After a confidential source allegedly sent The Australian a more complete version of the database, cybersecurity firm Internet 2.0 tracked the data to April of 2016.

Some of the 92 million CCP operatives were found at American universities over the summer, following the July closure of Houston's Chinese consulate.

The U.S. government uncovered an intelligence operation to collect scientific research in fields such as biomedicine and artificial intelligence.

The Trump administration and Department of Justice have pledged to crack down harder on the East Asian power player, reporting in November than around 80% of all economic espionage prosecutions brought by the Justice Department "allege conduct that would benefit the Chinese state," and that "there is at least some nexus to China in around 60% of all trade secret theft cases."

In September, acting Homeland Security Secretary Chad Wolf announced the revocation of more than 1,000 visas mostly held by graduate students and researchers after a string of federal charges were brought against students at schools like Harvard University, Boston University, Emory University, and the University of California San Francisco. 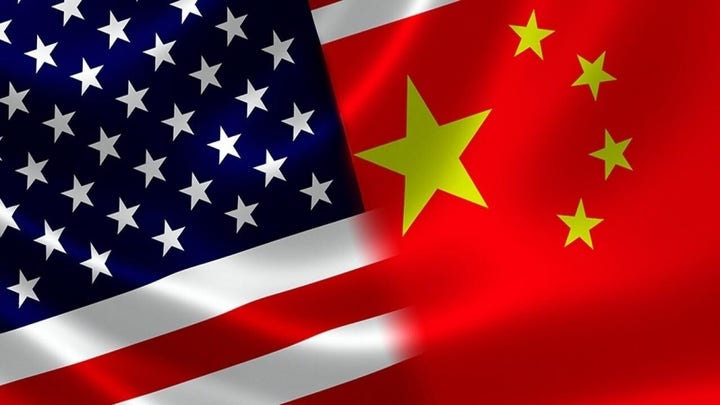 Most recently, Axios reported that a suspected Chinese intelligence operative named Christine Fang -- or Fang Fang -- had developed ties with local and national politicians, including California Democratic Rep. Eric Swalwell. Axios said that the FBI was forced to step in to disrupt the situation.

Swalwell has declined to comment on the matter other than pointing Fox News to a statement from an unnamed FBI official who told The San Francisco Chronicle that Swalwell had been "completely cooperative" and was "under no suspicion of wrongdoing."

House Speaker Nancy Pelosi, D-Calif., has come to his defense.

“I don't have any concern about Mr. Swalwell,” Pelosi told reporters on Thursday.

Since then, Rep. Jim Sensenbrenner, R-Wis., has filed a complaint to the House Ethics Committee urging the panel to “immediately open an investigation” into the Axios report's allegations.