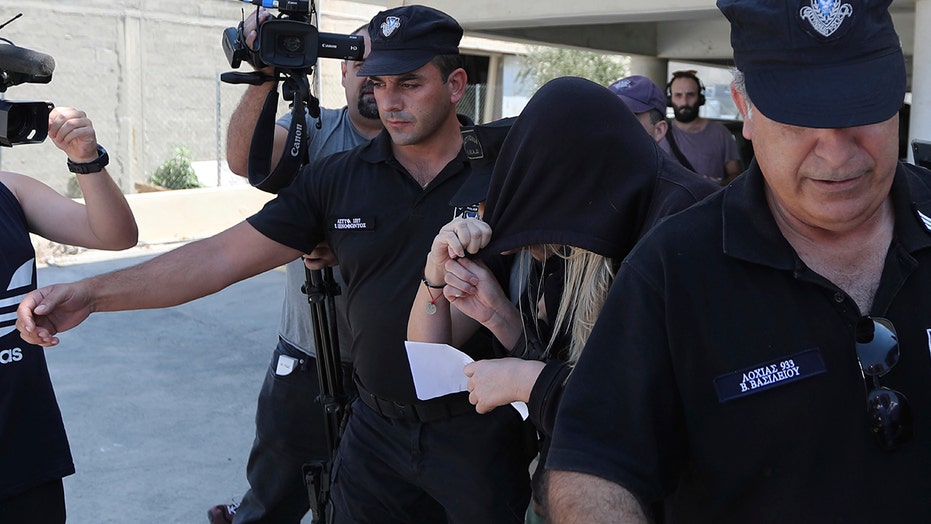 A lawyer for a 19-year-old British woman arrested for falsely claiming a dozen Israeli teens gang-raped her in Cyprus has suggested his client is a victim of a “more serious” crime.

Andreas Pittadjis, the unnamed woman’s lawyer, leveled criticism at a video posted online purportedly showing his client having sex with several young men at a popular resort earlier this month.

He called the leaked video "a much more serious criminal offense" than the public nuisance charge his client faces when speaking to reporters outside a Cypriot courthouse Tuesday.

''These 12 boys are being treated as heroes but the Internet is now flooded with images and texts of this young lady,” Pittadjis told The Sun.

The woman later voluntarily recanted her rape allegation, police said. The Israeli teens, initially arrested on July 18 following the woman's claim, had all been released from custody by Sunday.

An Israeli teenager is embraced by relatives after being released from Famagusta police headquarters in southeast town of Paralimni, Cyprus, on Sunday. (AP Photo/Petros Karadjias)

Meanwhile, a judge on Tuesday granted Pittadjis’ request for a one-week adjournment so that he and his client can review the evidence investigators have gathered.

Pittadjis said his client will "most likely" enter a plea to the charge at her next court appearance on Aug. 7, but wouldn't say how she would plead. The charge carries a maximum sentence of a year in prison and a $1,890 fine.

His client has consented to remain in police detention until then, he said.