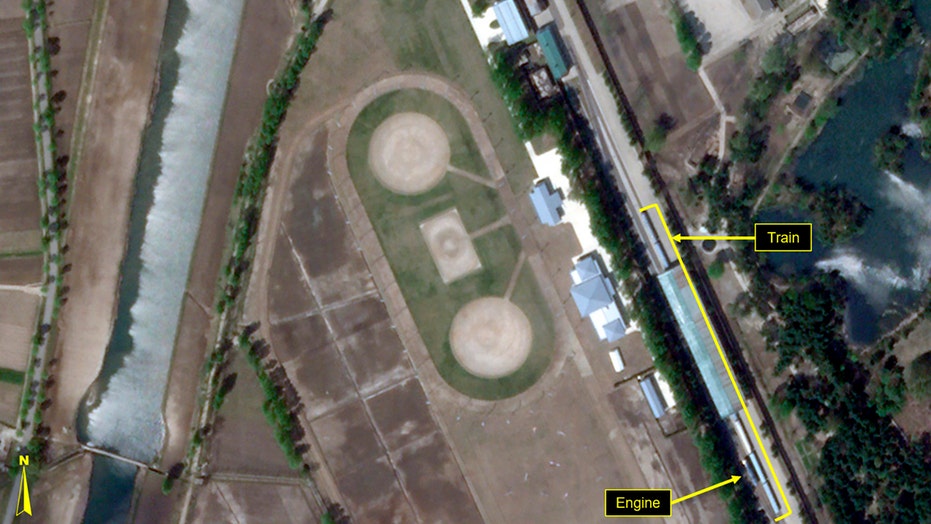 The signature train belonging to North Korean leader Kim Jong Un has been spotted on satellite images parked at a station on the nation's eastern coast since last week, according to a U.S. monitor, as questions swirl over the dictator's health.

Since Kim missed an April 15 commemoration of the 108th birthday of his grandfather, North Korea founder Kim Il Sung, unverified reports have emerged about his health.

On Sunday, a key aide to the president of South Korea insisted Kim, who is believed to be 36, was "alive and well."

Kim Jong Un's train has been parked at the Leadership Railway Station servicing his Wonsan compound since at least April 21, the website 38 North said Saturday, citing an analysis of recent satellite photos of the area.

The railway station in Wonsan is reserved for use by the Kim family.

The website said the approximately 820-foot-long train wasn’t present on April 15, but was present on both April 21 and 23.

"The train’s presence does not prove the whereabouts of the North Korean leader or indicate anything about his health, but it does lend weight to reports that Kim is staying at an elite area on the country’s eastern coast," the group said.

The photos indicate the train arrived before April 21 and was still present on April 23, when it appeared to be repositioned for departure.

"However, there was no indication when that departure might take place," the group said.

North Korea's dictator has taken his distinct armored green and yellow train to recent summits in Russia and Vietnam.

Kim’s preferred travel method is by train — like his late father Kim Jong Il and grandfather Kim Il Sung. Kim’s father loathed flying and made all his trips abroad, almost all to China, by rail.

The train, originally owned by Kim's father, appears to provide a lot of comfort for the North Korean leaders. Kim reportedly is known for traveling with a big entourage — possibly more than 200 people — and lots of supplies.

His train, unmistakable with its dark green paint job and yellow piping, is perfect for that.

Kim Jong Un is known to travel on his armored train. (AP)

For security reasons, officials reportedly make sure to collect Kim's bodily waste and even his cigarette butts to prevent foreign intelligence agencies from collecting and analyzing them for clues into the leader's health.

Seoul-based Chad O'Carroll, editor of the influential NK News, told Fox News on Sunday 38 North report on the train was "significant," and there have been other sightings of him at the coastal resort. 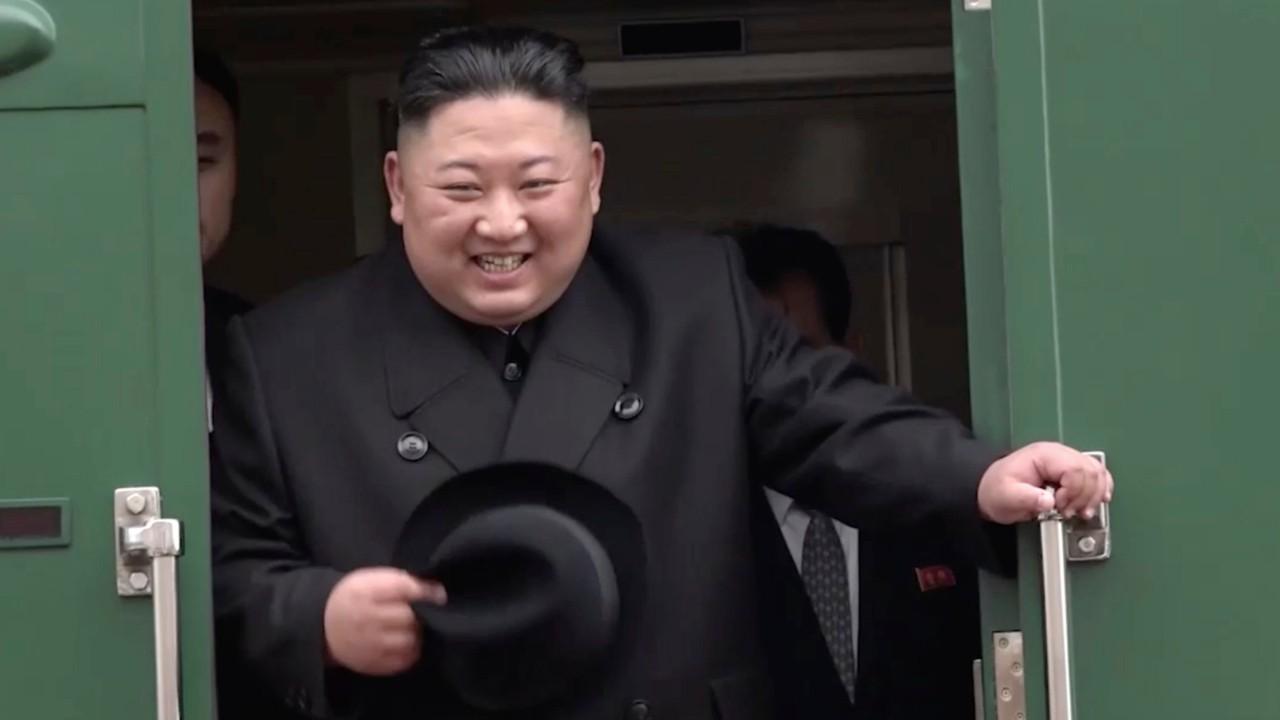 Kim could be recuperating in Wonsan from an operation. He has reportedly been sending messages to various officials, according to state media.

O'Carroll told Fox News the regime wouldn't do that if it was getting ready to announce Kim's death. He also downplayed reports that Kim was in a “vegetative state," saying if any Chinese medical experts had any stature, they would not blow Beijing’s cover.

“It was just too matter-of-fact,” O'Carroll told Fox News on Sunday.

Other than the arrival of the train, Andrei Lankov, Seoul-based Director of the Korea Risk Group and former North Korea resident, told Fox News "there have been no unusual movements of military, security, preparations, even jockeying for power in North Korea," leaving Lankov to believe "Kim is definitely not dead."

In this March 2, 2019, file photo, North Korean leader Kim Jong Un waves from his train as he arrives at the railway station in Dong Dang, Vietnam. (AP Photo/Minh Hoang, File)

Kim is the third generation of his family to rule North Korea, and he hadn’t missed the April 15 event, one of the year's most important for the North, since assuming power after his father Kim Jong Il’s death in late 2011. 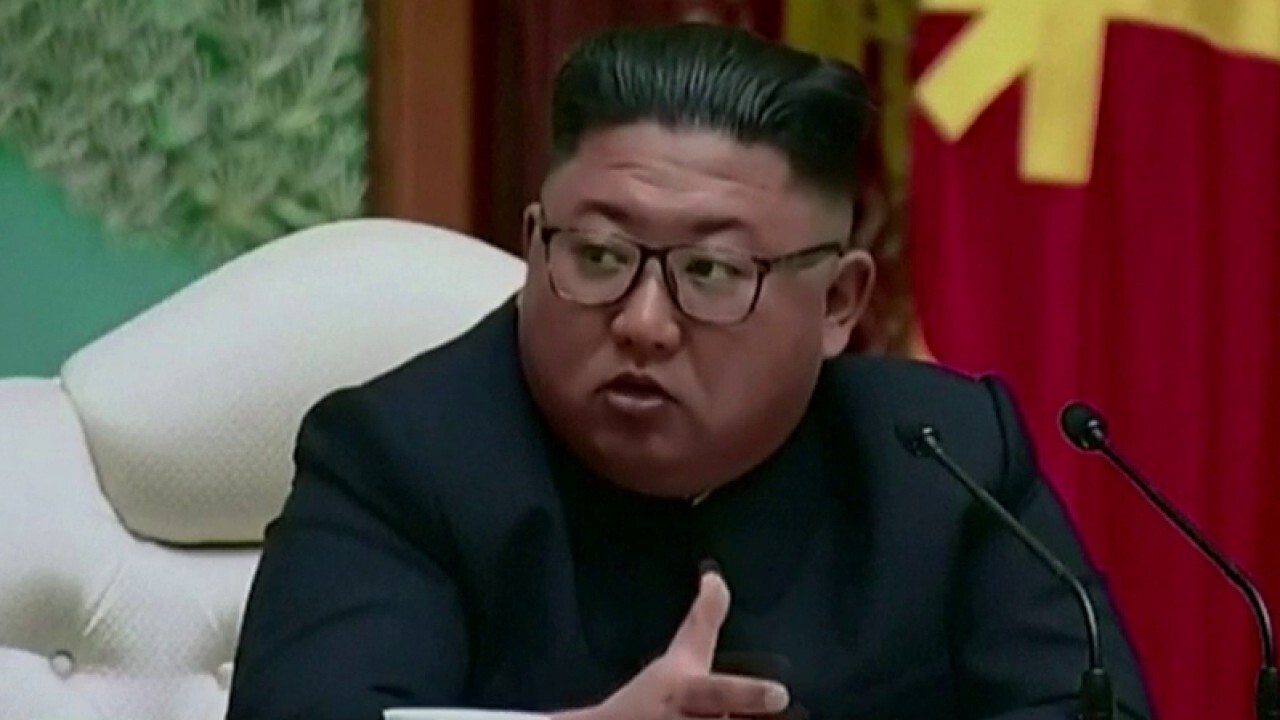 A senior U.S. official told Fox News on Saturday there is no definitive intelligence suggesting that Kim Jong Un is dead and that officials are watching the situation carefully.

Foreigners who were in proximity to Kim during the last Trump-Kim Summit in 2019 noted unusually heavy breathing for someone in his mid-30s.

Kim also appeared winded while walking slowly, a likely sign of the underlying heart condition that’s plagued him for years, an intelligence source told Fox News at the time. 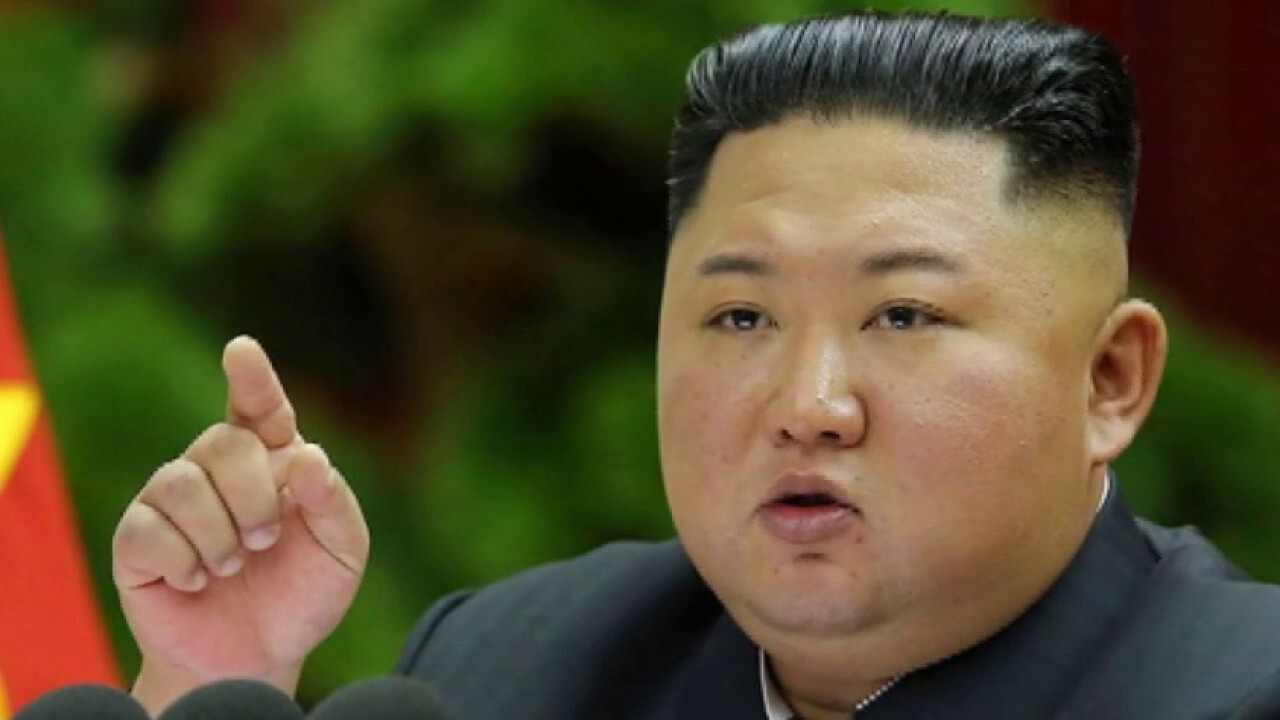 Seoul-based American and Yonsei University Professor John Delury told Fox News on Sunday that Kim's death was only a "remote possibility... an operation is much more likely."

Delury added it will take Pyongyang to come clean on all of this to settle the rumors in recent days.

"I don't see how we can go from rumors and speculation to fact and interpretation until the North Koreans themselves decide to share something about Kim's condition," he said.