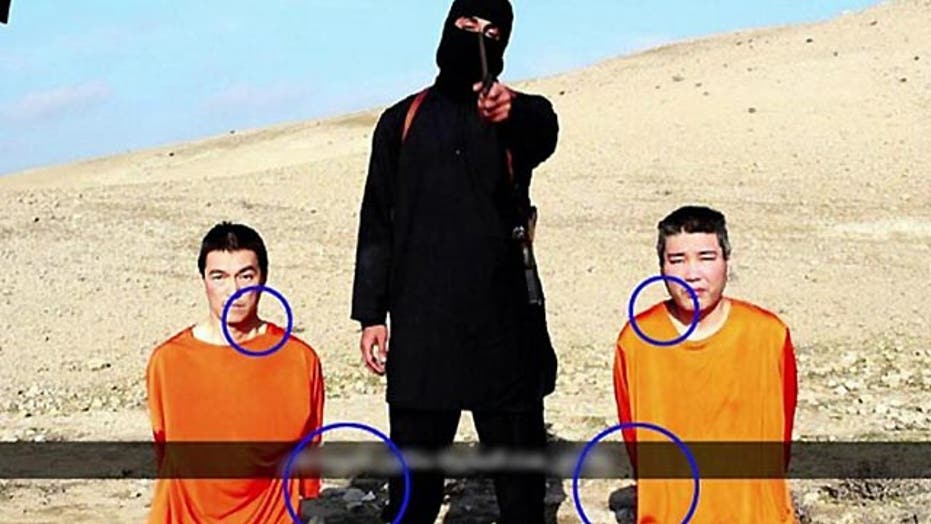 Japan vowed Saturday not to give up "until the very end" on efforts to rescue two Japanese hostages held by ISIS and threatened with  beheading if the group's $200 million ransom is not paid as the deadline passes without word from the captors.

Militants affiliated with the group posted an online warning Friday that the "countdown has begun" for the extremists to kill 47-year-old Kenji Goto and 42-year-old Haruna Yukawa. ISIS gave Prime Minister Shinzo Abe 72 hours to pay the ransom.

The posting did not show any images of the hostages, who are believed to be held somewhere in Syria.

Yasuhide Nakayama, a deputy foreign minister sent to Amman, Jordan, said he was working around the clock to coordinate efforts to save the hostages.

"We will not rule out any possibility, and we are verifying all information thoroughly," he said. "We will not give up until the very end to rescue the two so we can go home together."

Yet, the fate of the two men remained unclear Saturday.

Abe met with his National Security Council on the crisis Friday.

Japan is scrambling to bring the two hostages home. Japanese diplomates left for Syria, but are impeded by civil war in the county adding to the difficulty of contacting ISIS.

Worshippers at Tokyo's largest mosque on Friday offered prayers for the two hostages.

"All Muslims in Japan, we want the Japanese hostages to be saved as soon as possible," said Sandar Basara, a worker from Turkey.

Goto's mother made an appeal for his rescue.

"Time is running out. Please, Japanese government, save my son's life," said Junko Ishido. "My son is not an enemy of the Islamic State."

Japanese officials have not said whether they are considering paying the ransom. Japan is part of the Group of Seven nations opposing ransom payments. Both the U.S. and British officials have advised the country against paying.