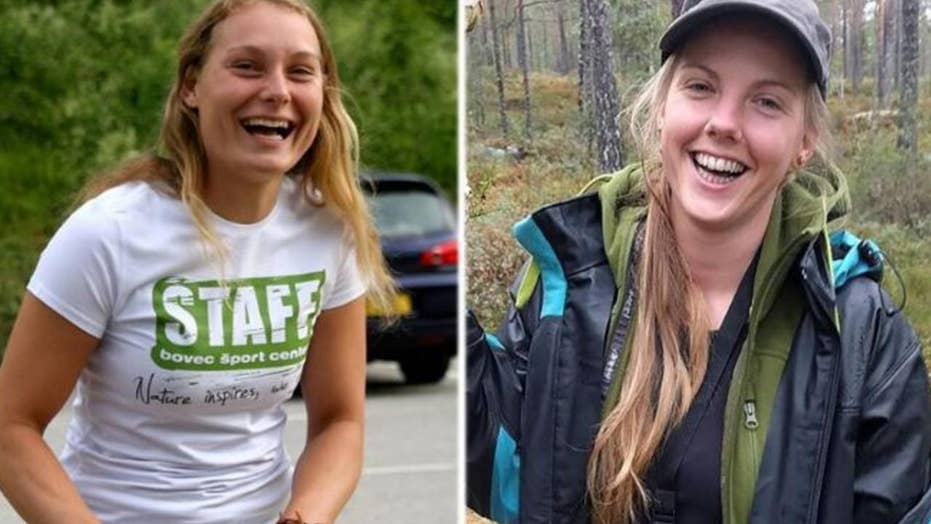 An ISIS supporter expressed his regrets for his role in the deaths of two Scandinavian backpackers found murdered in their tent in Morocco.

An ISIS supporter suspected of leading a jihadist cell has told a court he regrets beheading one of two Scandinavian backpackers found murdered in their tent in Morocco.

Abdessamad Ejjoud, 25, made the admission Thursday in Morocco where he is on trial for the murders of Louisa Vesterager Jespersen, 24, of Denmark, and Maren Ueland, 28, of Norway.

“I beheaded one of them…I regret it,” he was quoted as saying, the BBC reported.

TRIAL OPENS FOR 24 ACCUSED IN KILLING, BEHEADING OF SCANDINAVIAN HIKERS IN MOROCCO

"After failing to join the Islamic State, we decided to do jihad at home," the 33-year-old carpenter said, according to Sky News.

Louisa Vesterager Jespersen, 24, and Maren Ueland, 28, were killed in ISIS-inspired attacks while backpacking in Morocco.

The two women, roommates at Norway’s Bo University, were on a Christmas camping trip in Morocco when they were killed Dec. 17.

A video of the beheading was shared widely on social media by ISIS supporters.

In Denmark, charges have been brought against 14 people who shared the video.

Abdessamad Ejjoud told a Moroccan court Thursday: "I beheaded one of them... I regret it."

Ejjoud and 23 others are on trial in connection with the killings.