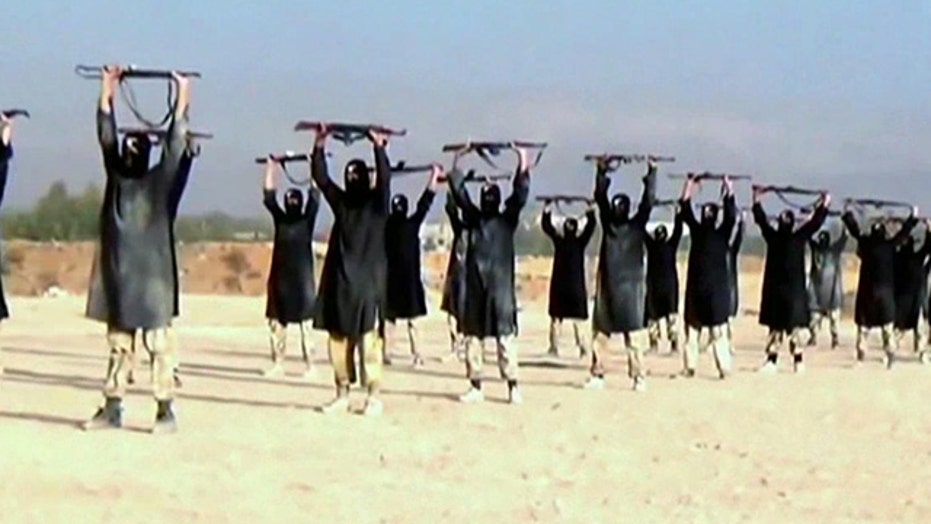 Fox News Reporting: Iraq and the Rise of a Terrorist State

Gen. Jack Keane on what we can expect in the future

Iraqi troops backed by helicopter gunships launched an operation early Saturday aimed at dislodging Sunni militants from the northern city of Tikrit, one of two major urban centers they seized in recent weeks in a dramatic blitz across the country.

After watching much of Iraq slip out of government hands, military officials sought to portray the push that began before dawn as a significant step that puts the army back on the offensive. They said the operation includes commandos, tanks and helicopters, as well as pro-government Sunni fighters and Shiite volunteers.

Tikrit residents reported clashes in the city, but the extent of the fighting was unclear.

Jawad al-Bolani, a security official in the Salahuddin Operation Command, said the immediate objective is Tikrit, the hometown of former dictator Saddam Hussein and one of two major cities to fall in recent weeks to the al-Qaida breakaway Islamic State of Iraq and the Levant and allied Sunni militants. He said there was no concrete timeline for the operation to conclude.

Helicopter gunships conducted airstrikes before dawn on insurgents who were attacking troops at a university campus on Tikrit's northern outskirts, Iraqi military spokesman Lt. Gen. Qassim al-Moussawi said. There was no immediate word on casualties.

Government troops established a bridgehead on the sprawling campus early Friday after being ferried in by helicopter.

A Tikrit resident confirmed that air raids took place at the University of Tikrit around dawn Saturday. He reported clashes between the Islamic State and Iraqi forces to the southeast as well, but said militants are still patrolling the city. He spoke on condition of anonymity out of concern for his safety.

Another Tikrit resident, Muhanad Saif al-Din, said the city has emptied out in recent days as locals flee ahead of anticipated clashes.

"Tikrit has become a ghost town because a lot of people left over the past 72 hours, fearing random aerial bombardment and possible clashes as the army advances toward the city," Saif al-Din said. "The few people who remain are afraid of possible revenge acts by Shiite militiamen who are accompanying the army. We are peaceful civilians and we do not want to be victims of this struggle."

He said the city has been without power or water since Friday night.

The airstrikes come after a senior U.S. Defense official confirmed to Fox News that the United States is flying armed drones over Iraq, though the aircraft are not being sent at this time to engage Sunni militant fighters.

The U.S. already was flying surveillance drones over the country, and the decision to dispatch armed drones marks an escalation. But the armed drones, at this stage, still are only in place for surveillance purposes.

President Obama has not authorized combat operations in Iraq. The decision to deploy armed drones is described as defensive -- they could, if needed, be used to protect U.S. troops or the U.S. Embassy in Baghdad.

The White House is still weighing how deeply to get involved in the Iraq crisis, as the Shiite-led government struggles to stop the advances of Sunni militants with the Islamic State of Iraq and Syria, or ISIS.

Secretary of State John Kerry has been on a weeklong tour through the Middle East and Europe in pursuit of a diplomatic solution that could ease sectarian tensions. He was in Saudi Arabia on Friday.