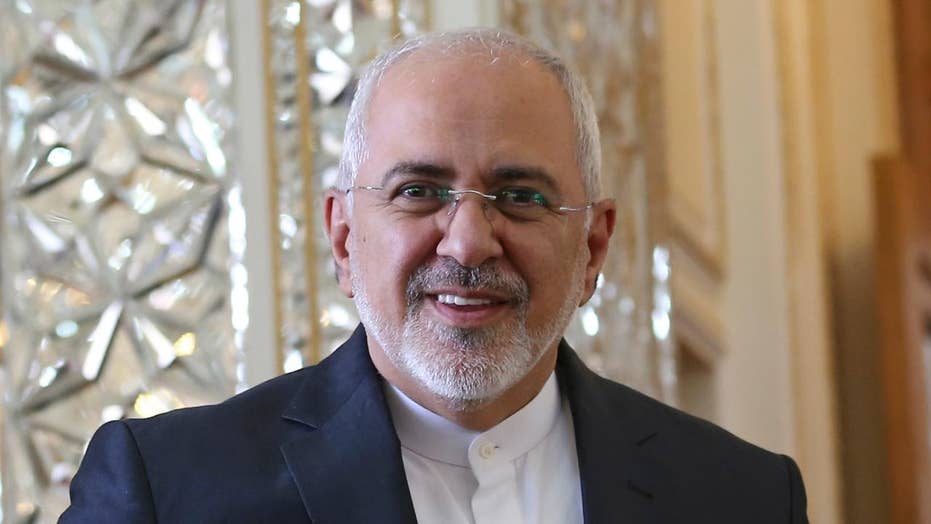 What effect can new US sanctions have on Iran's economy?

U.S. sanctions on Iran have inadvertently led to a crackdown on its persecuted Christian community as the ayatollahs move to consolidate their power in the face of growing unrest across the country.

The U.S. on Tuesday re-imposed a wave of robust sanctions targeting the Islamic Republic’s automobile industry, precious metal trade, and a ban on purchasing U.S. dollars.

Meanwhile, the plight of Iran’s persecuted Christian community has become significantly worse over the past few weeks, with the Islamic Republic ramping up prison terms and other judicial actions.

“Poor economic conditions combined with the harshness of their Islamic rule has led to massive unrest that has defined the country for months.

“There are many reports that this has contributed to the government’s ever-increasing dependence on hardline Islamic ayatollahs, who naturally see Christianity as a threat to their power. For this reason, it’s not surprising that we’re seeing an increase in Christian persecution.”

Article18, an organization that promotes religious freedom and supports Iran’s repressed Christians, tweeted on Thursday: “A Christian couple have reported that a court in Boushehr has just sentenced them & 10 other Iranian Christians to one year in prison each for ‘Propagating against the Islamic Republic in favor of Christianity.’ This group of Christian converts were arrested on April 7th, 2015.”

Christian website Mohabat News also reported that the Iranian couple, who were part of a group of converts, were charged with “orientation toward the land of Christianity.”

“Getting information on the arrests of Christians is incredibly challenging given the heavily censored nature of Iran, but based on the cases we have been tracking, this is the first time this year that we’ve seen a jail sentence being given based on the charge of ‘inclination to the land of Christianity’,” King said.

An Iranian woman walks past a mural depicting members of Basij paramilitary force, portraying Iranians' solidarity against their enemies, painted on the wall of a government building at the Felestin (Palestine) Sq. in downtown Tehran (AP)

“This could be interpreted as a reference to Israel, the birthplace of Christianity and also a country that Iran has adopted a very aggressive stance towards.”

Peter Kohanloo, the president of the U.S.-based Iranian American Majority organization, told FoxNews.com: “Today, some of the worst persecution against Christians is meted out by the regime in Iran.

“The new round of sanctions is putting the ruling mullahs under pressure, and they are lashing out by arresting evangelical converts.”

In 2010, Iran sentenced Pastor Youcef Nadarkhani to death for apostasy − converting to Christianity. A global campaign however secured a reversal in his sentence, and the pastor was instead incarcerated for three years for Christian evangelizing.

Pastor Youcef Nadarkhani, who last year was sentenced to 10 years in prison and two years exile on baseless charges including “collusion against national security” and promoting “Zionist Christianity,” according to the U.S. Commission on International Religious Freedom (ACLJ)

In June 2017, Iran’s opaque judicial system sentenced him to 10 years in prison and two years of exile on baseless charges including “collusion against national security” and promoting “Zionist Christianity, ” according to the U.S. Commission on International Religious Freedom.

The American Center for Law & Justice in Washington, D.C., launched a petition campaign to secure his release. As of Friday, more than 71,000 people had signed the petition.

The ACLJ wrote that “Iran’s actions violate its own constitution that guarantees religious freedom, and multiple international human rights treaties.”

While Christianity is legal in Iran, the U.S. State Department has classified the Islamic Republic as a “country of particular concern” under the International Religious Freedom Act of 1998 “for having engaged in or tolerated particularly severe violations of religious freedom.”

Last month, Iran’s President Hassan Rouhani claimed “Christians have the same rights as others do.”

Iran’s constitution, which is anchored in fundamentalist Islamic Sharia, states that Zoroastrians, Jews, and Christians, with the exception of converts from Islam, can worship “within the limits of the law.”

According to World Christian Database statistics, there are an estimated 350,000 Christians in Iran, while the government’s Statistical Center of Iran reports 117,700 Christians in a country of just over 82 million people.

But the harsh conditions faced has led many observers to believe there are more than 350,000 Christians in Iran.

Alireza Miryousefi, the head of press for the Iranian Mission to the United Nations, told FoxNews.com: "Iran does not discriminate against or persecute any recognized religious minority, including the large Christian community inside Iran who are free to worship in the many churches that can be found across Iran.

“In fact, as is the case with Iranian Jews, Iranian Christians are constitutionally guaranteed parliamentary representation. Major cities such as Tehran and Isfahan are home to large Christian communities with centuries-old churches.”