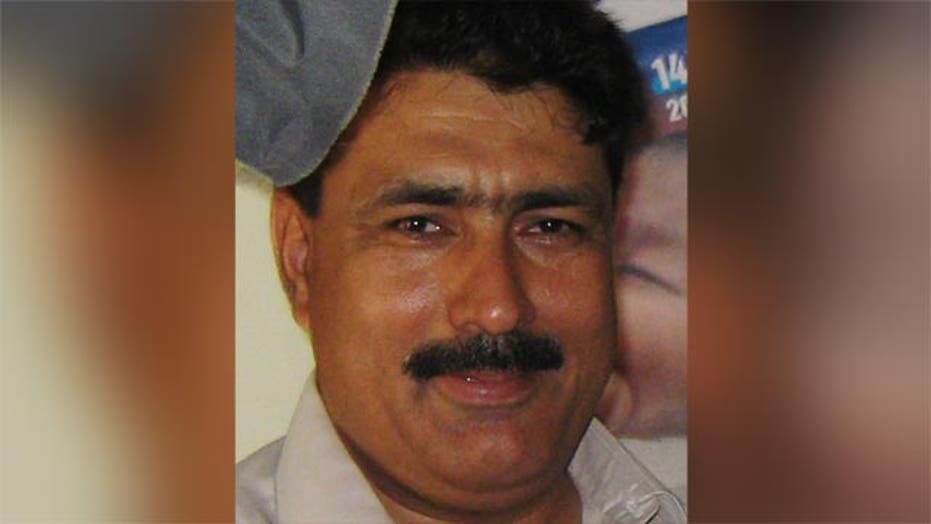 More charges are being leveled against the hero doctor who helped the CIA pinpoint Usama bin Laden in what appears to be a strategy to ensure he remains behind bars even if the sham case accusing him of colluding with terrorists is overturned.

Dr. Shakil Afridi was charged with murder last week for a six-year-old case in which he tried to save a young boy stricken with appendicitis. Now, just days before a Pakistani tribunal hearing at which he could win a retrial in the case that landed him a 33-year prison sentence, his lawyers have learned that a raft of new charges await.

“It seems the prosecution and evidence is so weak, they have to frame him to keep [Afridi] in jail, fearing an acquittal," said Qamar Nadeem, a lawyer and cousin of the jailed doctor.

Afridi’s lawyers say they’ve been told by a political administration official of Khyber Pakhtunkwa, the northwestern province of Pakistan where the doctor is imprisoned, that new charges accuse Afridi of medical malpractice, professional malfeasance and sexual harassment -- all from cases dating back several years.

The murder and fraud charge stems from when Afridi served as a Khyber Agency physician, according to his attorney. Although it was not acted upon at the time, the case was re-filed by the boy's mother, Naseeb Khela. According to local reports, she is now alleging that Afridi tried to kill her by a lethal injection when she threatened to take legal action.

Afridi has been imprisoned since shortly after the May 2011 raid by Navy SEALs in which Bin Laden was killed in his Abbottabad compound. The raid came after a vaccine ruse – later disclosed by former CIA Director Leon Panetta, helped the CIA pinpoint the Al Qaeda leader’s presence there. Although Pakistani officials charged him with conspiracy, his imprisonment was widely seen as punishment for helping the U.S. in a raid that was deeply embarrassing to Pakistan.

Afridi spent nearly a year in the custody of Pakistan’s prime intelligence agency being interrogated without a charge. In May 2012, a tribal court convicted him of “conspiring against the state” and sentenced him to more than three decades behind bars. Months after that sentence was handed down, Afridi was been barred from meeting his lawyers and only one short meeting with his family has been reported.

Prime Minister Nawaz Sharif pledged to reconsider the doctor’s case -- even suggesting a pardon was possible -- in a private meeting with congressional representatives in Washington, but said for now the case is in the hands of the tribal court. But Fox News learned last month that other cases were expected against Afridi, and public sentiment in Pakistan is that the U.S. has no influence in the case.

Anti-U.S. critics in Pakistan point to the case of Dr. Aafia Siddiqui, a U.S.-trained neurosurgeon who left Massachusetts after 9/11 and resurfaced in Afghanistan where she was arrested for trying to kill U.S. soldiers. Siddiqui is currently serving a sentence of 86 years at a maximum security prison in Fort Worth, Texas. Pakistan has demanded her release, much as the U.S. has demanded Afridi’s.

In an interview with Fox News, cricket legend-turned-politician Imran Khan, chairman of Pakistan Tehreek-e-Insaaf, whose party rules in the northwest province and is protesting against drone strikes by blocking NATO supplies, refused to interfere in Afridi’s case.

“The law must take its course,” Khan said. “With Dr. Aafia Siddiqui, she has been sentenced for 86 years in prison. When you talk to the U.S. and say the case against her is just so flimsy, they say well it’s the due course of law [and] we can’t interfere with our judicial process. Same is the case here," said Khan.

Afridi’s legal team is still trying to meet with him ahead of a retrial hearing scheduled for Nov. 27. The newly lodged murder and fraud cases will be heard on Dec. 20 by a tribal court judge at a proceeding where Afridi will not have legal representation. If convicted, Afridi could face up to life in prison and fines, according to his attorneys, who say they had not even heard of the case until last week.

Security has been tightened around the Peshawar Central jail since the local Taliban promoted  a new and more vicious militant leader named Maulana Fazlullah after Hakeemullah Mehsud was killed in a drone strike in early November.

With Fazlullah’s father-in-law being held in the same prison as Afridi, the jailed doctor’s family, supporters and government officials fear an attack on the prison to free him and hundreds more hard-core militants.

“That’s been our worst fear, if that was to happen,” said Nadeem. “It’s happened in the past at other prisons, so who will guarantee [Afridi’s] safety?”