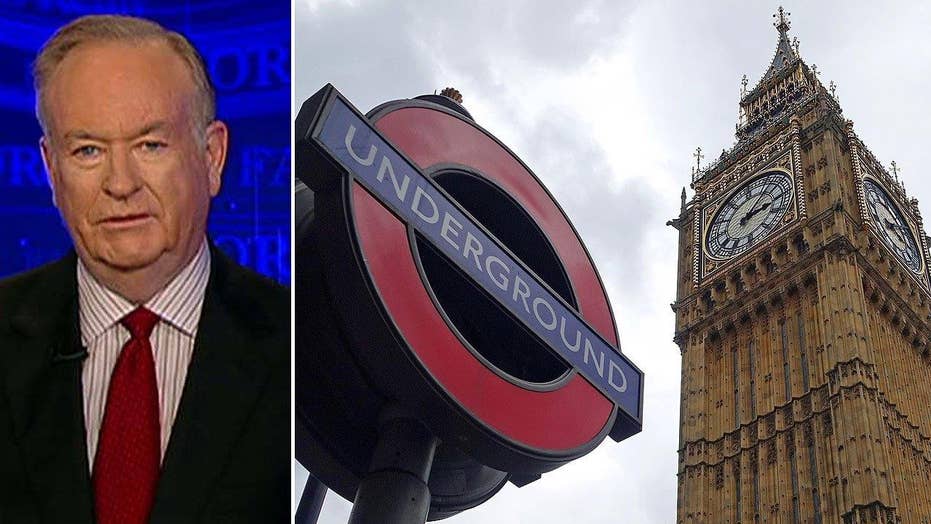 Fallout from Britain's vote to leave the EU

Bill O'Reilly breaks down the Brexit on 'The O'Reilly Factor'

As the European Union's founding nations rushed to an emergency meeting Saturday to consider their future, German Chancellor Angela Merkel's government reportedly fears the United Kingdom could be just the first of several nations to pull out of the alliance.

A German government-run newspaper pleaded for the EU not to sever ties completely with Britain -- otherwise France, the Netherlands, Hungary, Austria and Finland could lose any incentive to stay. The paper, Die Welt, called for keeping the UK an "associated partner country."

Nigel Farage, leader of the UK Independence Party, celebrated the Brexit vote results, describing the EU as "doomed" and "dying." Far-right leaders in France and the Netherlands called for their own referendums on staying in the EU, Sky News reported.

Foreign ministers of Germany, France, Italy, the Netherlands, Belgium and Luxembourg met in Berlin on Saturday and said in a statement that they wanted Britain to quickly invoke the article in the EU charter allowing it to start negotiations on departure.

Regarding the other members, they said "We have to find better ways of dealing with these different levels" of commitment to closer European unity. Founding nations want to increase political and economic cooperation but some newer nations are wary of giving up more sovereignty.

"We are aware that discontent with the functioning of the EU as it is today is manifest in parts of our societies. We take this very seriously and are determined to make the EU work better for all our citizens," it said.

An online petition seeking a second Brexit referendum drew more than 1 million names, a measure of the extraordinary divisiveness of Thursday's vote to leave the 28-nation bloc. The online petition site hosted by the House of Commons website crashed Friday under the weight of the activity as officials said they'd seen unprecedented interest in the measure.

Scotland planned to launch immediate talks with European Union nations and institutions to find a way to remain in the bloc despite Britain's vote to leave, Scottish leader Nicola Sturgeon said. She added that a new referendum on Scottish independence from the United Kingdom was "very much on the table."

"Brussels must hear the voice of the people, this is the biggest lesson from this decision," Hungarian Prime Minister Viktor Orban reacted. Danish Prime Minister Lars Loekke Rasmussen said Britain's exit "will echo for years to come and change the Europe as we know it."

Merkel said it "shouldn't take forever" for Britain to deliver formal notification that it wants to leave the European Union but made clear that the matter was in London's hands.

Merkel said Saturday at a news conference in Potsdam, outside Berlin: "To be honest, it shouldn't take forever, that's right -- but I would not fight over a short period of time."

The German leader said she was seeking an "objective, good" climate in talks on Britain's exit. Merkel said that there is "no need to be particularly nasty in any way in the negotiations; they must be conducted properly."

France's foreign minister said he was hoping Britain would name a new prime minister in the coming days to speed up its departure.

That timeframe is highly unrealistic given the political turmoil in Britain. Instead it is likely to take months to name a replacement to Prime Minister David Cameron, who is resigning and wants his successor to handle the departure negotiations.