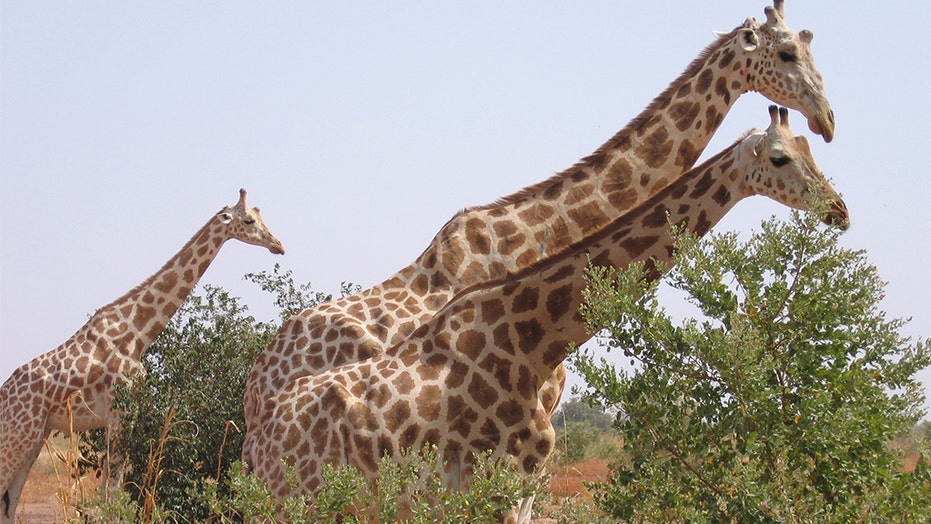 Six French tourists visiting a giraffe reserve in West Africa were killed Sunday in an ambush carried out by suspected terrorists on motorcycles, according to reports.

Two others were also killed in the bloody attack—a local tour guide and a driver.

It happened in Niger in the Koure Giraffe Reserve in Niger. The region attracts foreign tourists who want to see the last herds of giraffe in West Africa, according to the BBC.

But the area is also home to several militant groups including Boko Haram, according to the BBC. Other terror groups that operate in Koure have links to Al Qaeda and the Islamic State.

A picture taken on August 14, 2010 in Koure, next to Niamey shows Giraffes walking in the bush. Two giraffes among the last ones in Western Africa, surviving in the south-west of Niger were victim of poaching for the first time in 20 years according to Niger's environment and wildlife officials. (Boureima HAMA/AFP via Getty Images)

Agence France-Presse confirmed the attack after speaking to the governor of the Tillaberi region Tidjani Ibrahim Katiella.

"We are managing the situation, we will give more information later," he said.

The news outlet also reported interviewing a source with ties to the Niger government who said that most of the victims had been shot.

“We found a magazine emptied of its cartridges at the scene," the source said. "We do not know the identity of the attackers but they came on motorcycles through the bush and waited for the arrival of the tourists."

The source told AFP the tourists were riding in a vehicle that belonged to the French humanitarian organization ACTED.

Photos showed bodies lying near a torched off-road vehicle, which had bullet holes in its rear window, the AFP reported.

The government in January sought to curb the movements of jihadists by banning motorcycles.