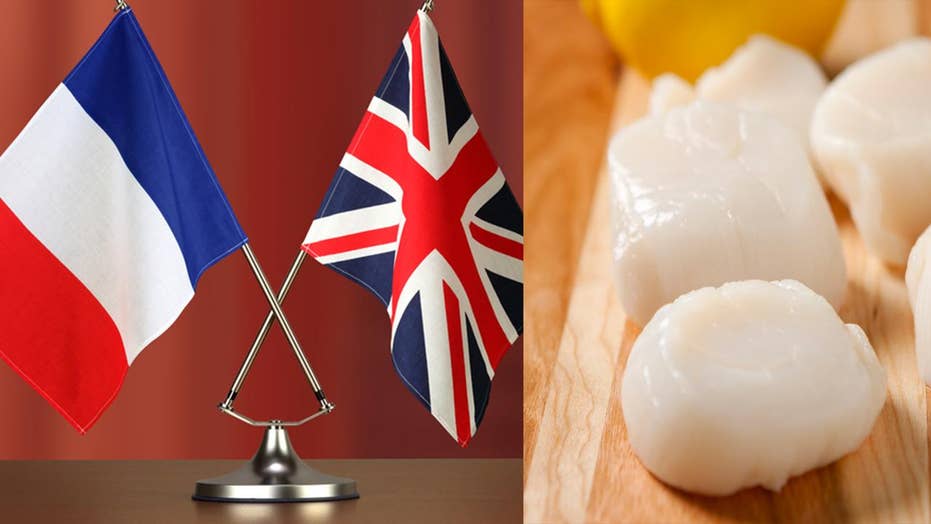 What happened, where, and why French and British boats are clashing over scallops.

The dispute between British and French fishermen who angrily bumped boats over access to scallop fisheries continues to escalate – and France now says it’s ready to deploy its navy.

French Agriculture Minister Stephane Travert expressed hope on Tuesday that British and French fishermen would strike a deal to resolve the dispute when they meet Wednesday. He said the navy is ready to intervene to prevent further clashes.

“We can’t continue like this, we can’t carry on having clashes like this,” he told broadcast CNEWS.

The skirmish began last Tuesday when a fleet of more than 30 French vessels rammed into a group of six British scallop dredgers in international waters off the coast of northern France.

Flares, rocks and even petrol bombs were flung at the British ships, with one shocked fisherman calling it a “scene out of Vietnam.”

A British fisherman called on the navy to be deployed to protect them.

The root of the conflict lies in the Baie de la Siene – a stretch just north of the Normandy coast famed for scallops. British fishermen are allowed to dredge for scallops in the bay under European Union law, but French law bans the practice for locals between May 15 and October 1, when they reproduce.

French fishermen are furious that British ships are allowed to “pillage” while they are forced to miss out on the valuable haul.

Another similar skirmish between the two nations happened 15 miles off the coast of Le Havre in October 2012, when 40 French boats tried to ram the Brits and attempted to tangle their propellers using nets.

Since then, both nations have observed a tense armistice of sorts after the U.K. agreed to keep larger boats away.

Britain’s plan to leave the European Union has muddied the already murky waters.