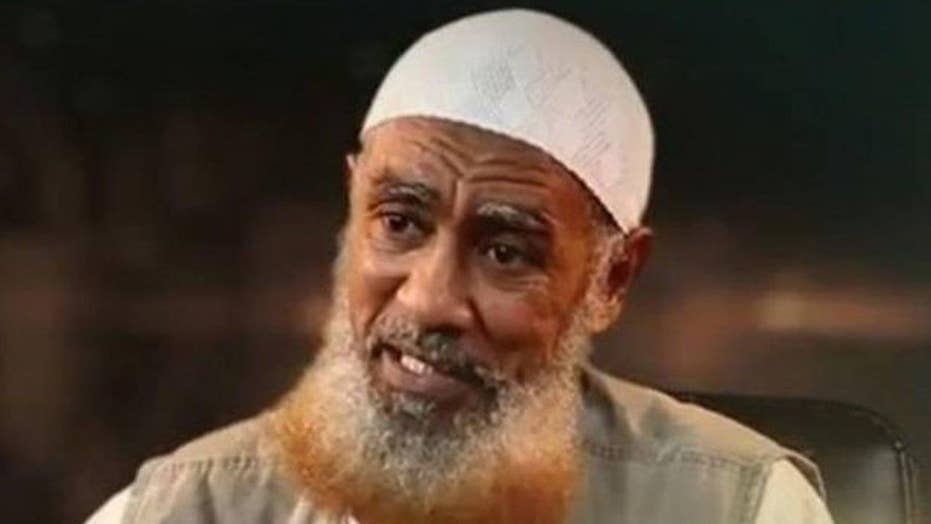 Ex-Bin Laden aide back in terror fight after Gitmo release

When Ibrahim al Qosi was released from Guantanamo Bay in 2012, a lawyer for the former Usama bin Laden aide said he looked forward to living a life of peace in his native Sudan.

Three years later, Qosi has emerged as a prominent voice of Al Qaeda in the Arabian Peninsula, appearing in a number of AQAP propaganda videos -- including a 50-minute lecture calling for the takeover of Saudi Arabia.

The 56-year-old Qosi delivered a scathing critique of the Saudi monarchy -- which appeared online on Feb. 6 -- denouncing the Saudi government’s execution of more than 40 "mujahedeen" in January, according to the Long War Journal.

"I would not be surprised if one day the chief of Al Qaeda is someone who was released from Gitmo."

In the two-part lecture, titled "A Message to Our People in the Land of the Two Holy Mosques," Qosi says the men were killed because they declared jihad against the "Crusaders" and opposition to American interests abroad.

Qosi speaks about Al Qaeda's jihad against the Saudi monarchy, claiming Usama bin Laden was motivated by the U.S. government's "occupation" of the country's two holiest sanctuaries, the journal reported.

Qosi's call for an end to the Saudi-U.S. alliance came at nearly the same time an Al Qaeda newsletter published a 9/11 "insider account" from a former AQAP leader who was killed by a U.S. drone strike in Yemen in June.

Nasir al Wuhayshi, who was once one of bin Laden's top lieutenants, claimed he got the idea for the Sept. 11, 2001, attacks after watching news coverage of the 1999 crash of EgyptAir Flight 990, in which a jihadist co-pilot caused the airliner to nosedive into the Atlantic.

Bin Laden wondered why the co-pilot in the deliberate crash did not fly the plane into buildings, according to al Wuhayshi's account in AQAP’s Al Masra newsletter. His "untold story" was published online in two parts -- one on Jan. 31 and the second on Feb. 9. The interview was recorded prior to al Wuhayshi's death in June 2015 and translated by the Long War Journal after its recent online publication.

The Obama administration has stepped up efforts in recent weeks to shrink the prison population at Guantanamo Bay, with the ultimate goal of closing the U.S. detention facility despite congressional resistance.

While President Obama assured the U.S. in December that only “low-level” terrorist operatives are released from Gitmo, Qosi's emergence as the face of Al Qaeda in Yemen further fuels opposition to the plan. Critics argue the rate of recidivism is high for ex-Gitmo detainees, like Qosi.

"Al-Qaeda's supporters and much of the Muslim world think Gitmo is a torture house like from the movie 'Saw,'" said the Clarion Project's national security analyst, Ryan Mauro, referring to a 2004 American horror film.

"If a terrorist gets through it, it will be seen by radicals as proof of their unshakable faith and their release as a reward from Allah," Mauro told FoxNews.com Wednesday. "They leave with a badge of honor that few terrorists can match."

"I would not be surprised if one day the chief of Al Qaeda is someone who was released from Gitmo," he said.

Qosi was taken to Guantanamo in 2002 and released 10 years later after pleading guilty in 2010 to war crimes. In December, the Long War Journal reported that Qosi had joined the jihad movement in Yemen after his photo and his biography appeared in online propaganda videos.

Qosi’s former U.S. attorney, Paul Reichler, told the Miami Herald in December that he had not had contact with Qosi since he left the U.S. Navy base prison in July 2012.

"I was told by a Sudanese lawyer a year ago that al Qosi was working as a taxi driver in Khartoum,” Reichler told the newspaper in an email. “I have received no information about his activities since then, and I do not know what he has been doing, or where he is living."

"The competition among jihadists is somewhat comparable to a political campaign," Mauro said.

"Qosi emphasized that the Saudis are lying about Al Qaeda targeting mosques. Al Qaeda is aware of the backlash that comes from that and is drawing a contrast with ISIS to appeal more broadly," he said. "ISIS responds that Al Qaeda is unprincipled and does not follow Islamic law consistently."