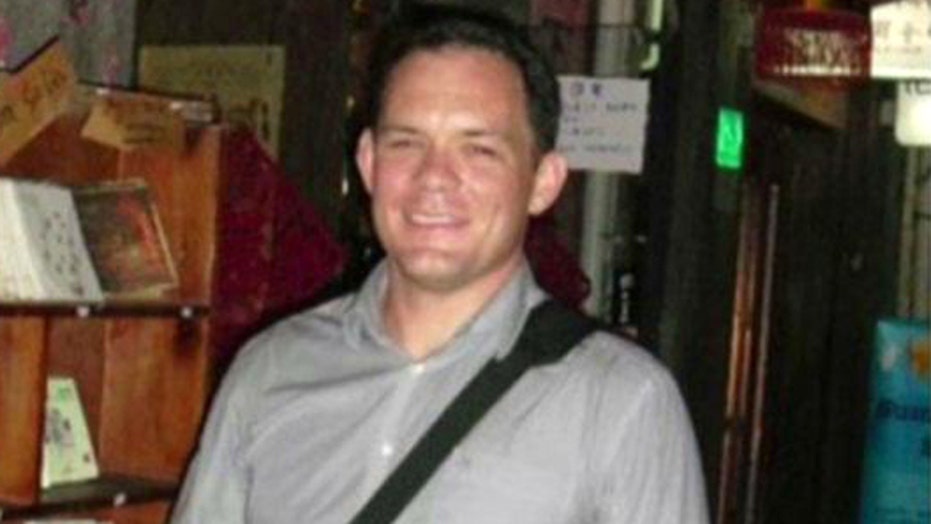 The family of an American who turned up dead in Singapore after expressing fear he was being duped by Chinese spies is calling for a congressional investigation into his death in Singapore.

Relatives of Shane Todd, 31, believe the Montana man — who was worried that his employers in Singapore were using him to help China get its hands on sensitive technologies to harm U.S. national security — was murdered to cover up his discovery of the purported plot.

“He told us that his life was being threatened,” Todd’s mother, Mary, told Fox News Channel on Friday.

Just two days after his final day of work in June and a going-away party with colleagues, his girlfriend found him dead in June 2012, hanging from his bathroom door. Police and the coroner believe Todd hanged himself in the bathroom, leaving two suicide notes on his computer, CBS News reports.

Mary Todd said she immediately doubted the authenticity of the note.

“My son did not write this note,” she continued. “He did not take his own life.”

Todd’s relatives have since been pressing U.S. officials to investigate the death following a lack of cooperation from Singapore authorities. They met with Sen. Max Baucus, D-Mont., in Washington on Friday.

A spokesperson for Baucus tells FoxNews.com that he set up a meeting for the family with the State Department.  He will meet face-to-face with the Singaporean Ambassador to the U.S. next week and has personally weighed in on the issue with top White House officials.

Baucus had staff from his Finance Committee meet with U.S. embassy and Singaporean officials last week, the spokesperson said.

Shane Todd graduated in 2005 with a degree in electrical engineering from the University of Florida and later received his doctorate at the University of California-Santa Barbara. In 2010, he chose a job in Singapore because he was looking for adventure, he told his parents.

He took a position at the Institute of Microelectronics, a Singaporean government research institution, to work on cutting-edge technology involving powerful semiconductors. An investigation by the Financial Times magazine revealed that the technology has other applications desired by China, including applications that can be used to disrupt enemy radar and communications.

"What has to happen is we need a congressional investigation," Mary Todd said.