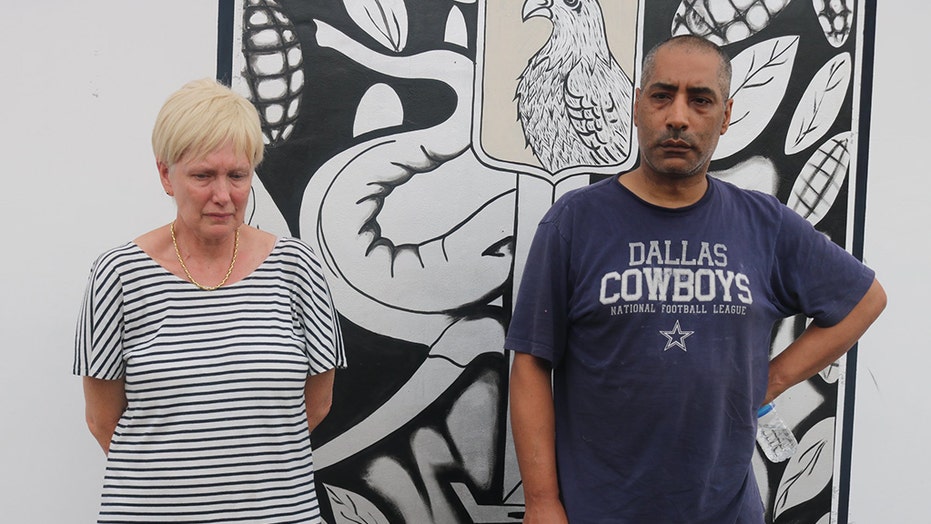 Two of Europe's most wanted fugitive criminals have been apprehended in West Africa after more than two decades on the lam.

Jean-Claude Lacote, 53, of France, and Hilde van Acker, 56, of Belgium, had been on the run since the 1996 killing of a British businessman in a Belgian town, according to reports.

They were arrested this week in the Ivory Coast, the BBC reported.

“They had changed their identities to go unnoticed,” Ivory Coast police said in a Facebook post on Thursday.

ONE OF FBI'S MOST WANTED FUGITIVES OFFERS SURRENDER

While he was a fugitive, Lacote worked as a host on a reality TV crime show called Duty Calls in South Africa, the BBC reported. The show aired from 2000 to 2003.

Two of Europe's most wanted criminals, Hilde van Acker and Jean-Claude Lacote were arrested this week in the Ivory Coast after 20 years on the lam.  (Ivory Coast Police)

In 2007, after he was arrested and charged with defrauding an Irish businessman, he broke out of a Johannesburg jail with van Acker’s help, the BBC reported.

Lacote and Van Acker were tried in absentia for the 1996 murder of Marcus Mitchell, according to the news outlet.

Prosecutors said Mitchel was killed after he realized that Lacote had defrauded him in a business deal.

After being found guilty, they were sentenced to life in prison, according to the BBC.

Belgium police have named them to the country’s most wanted convicted criminals list.