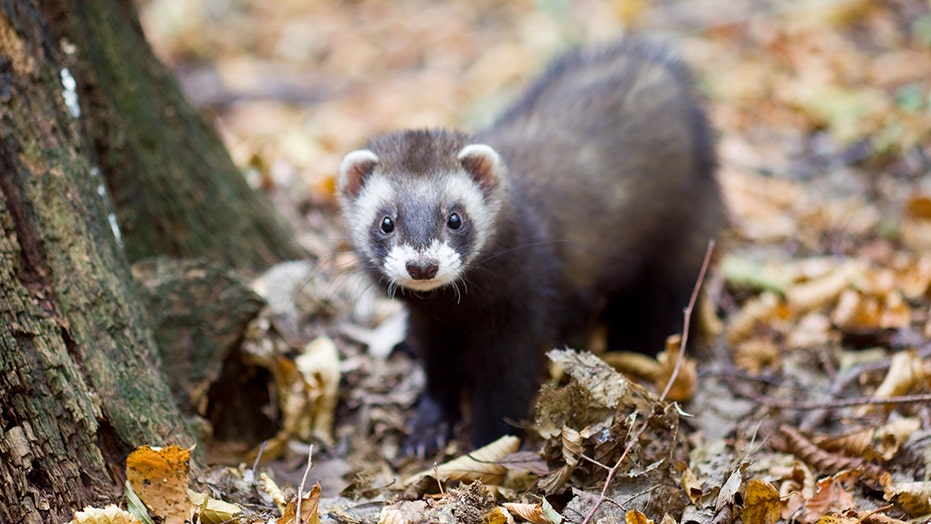 A man in England was arrested Monday for allegedly damaging several vehicles by throwing a box — and two ferrets — at them, police said.

The unidentified 25-year-old was apparently caught in the act before 7:30 p.m., as he was detained by members of the public during the incident in Harrogate.

When police arrived on the scene, they discovered "at least a dozen vehicles were damaged, including smashed windows, dents, and scratches," North Yorkshire Police said in a news release Tuesday.

A 25-year-old man allegedly threw a pair of ferrets at cars in Harrogate, England, on Monday night. (iStock)

The vehicles were hit with a box of some sort that were said to hold a pair of ferrets. Those two ferrets were also thrown at a car, according to authorities.

Local investigators are asking the public for help gathering information about the incident.

“This would have been a very disturbing and alarming incident to those who witnessed it, and we are keen to speak to anyone who has information that could assist the investigation," a North Yorkshire spokesperson said in a statement.

The two ferrets involved in the bizarre encounter were taken into the custody of the Royal Society for the Prevention of Cruelty to Animals, police said.