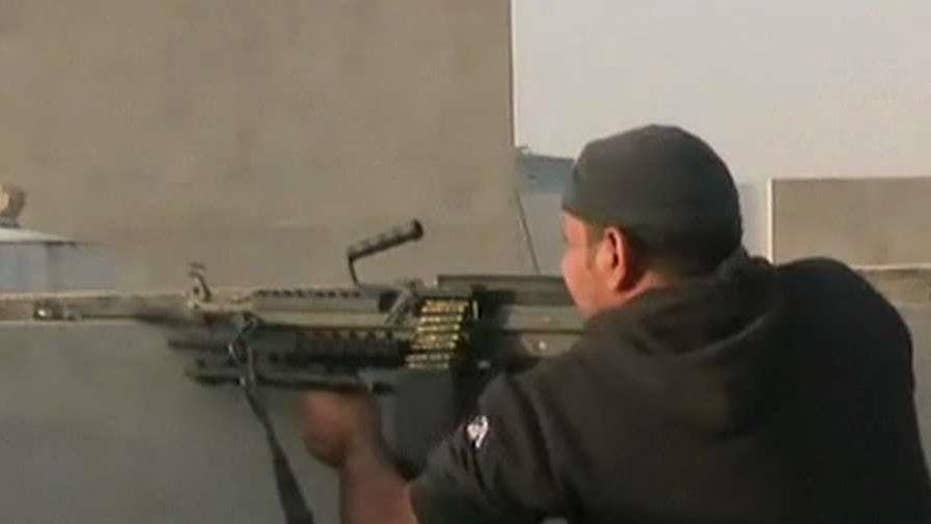 Before dawn on Oct. 21, as Iraqi forces pressed their offensive against Islamic State in nearby Mosul, more than a dozen militants from the group entered this mostly Arab village in Kirkuk province and claimed control in a message blared through the mosque’s loudspeaker, say eyewitnesses. Hours later, Kurdish fighters who intervened to liberate the village expelled its residents and began demolishing their homes.

Kurdish forces in Iraq are taking a lead role in fighting Islamic State. But in the process, the Kurds are evicting hundreds of Sunni Arabs and destroying their houses, say residents, local officials and rights groups. That practice has fueled resentment among the local Arab population and risks breathing new life into the insurgency just as a U.S.-backed government offensive pushes into Mosul, the Sunni extremist group’s last major stronghold in Iraq.

“They are forcing the Arabs out of the village,” said a Qotan resident, Ismail al Anizi, speaking on the edge of the village of some 100 houses, almost all of them now flattened, including his own.

The latest wave of demolitions and expulsions by Kurdish authorities occurred in Kirkuk city and nearby villages after Islamic State mounted a failed attempt to capture the provincial capital last month, on the same day its fighters entered Qotan.

Since then, Kurdish forces have expelled 170 Arab families from their homes in the city, and another 450 families from Qotan and two other nearby Arab-majority, said Ismail al-Hadidy, a leader of the Arab community in Kirkuk. Over 100 houses were demolished, according to Mr. Hadidy and rights groups.

“The Kurds made a big mistake, and it is affecting relations between them and the Arabs,” he said. “If ISIS tried to attack Kirkuk after what happened, the Arab reaction would have been different—they would have supported ISIS,” using an acronym for Islamic State.

Kurdish officials have said the expulsion of Arabs and the demolition of homes is because many residents are sympathizers of the group and to protect against potential Islamic State booby traps. Kurdish authorities have also said they are pushing back against Saddam Hussein’s Arabization of what they consider to be historically Kurdish areas.