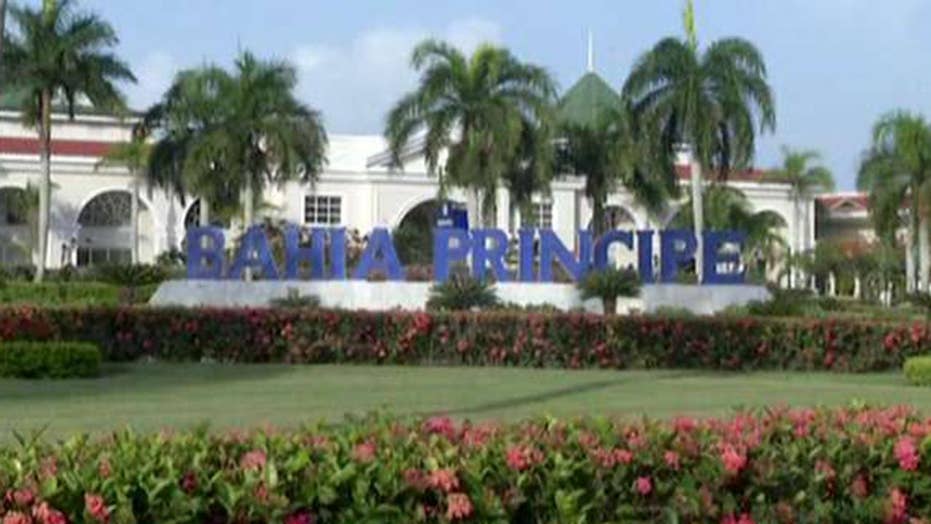 The Dominican Republic, long one of the top Caribbean destinations for U.S. travelers, is in the spotlight for reasons no country heavily dependent on tourism ever wants to be associated with — a rash of deaths of seemingly healthy people who succumbed under oddly similar circumstances.

So far, we know of at nine Americans who have died over 2018 and 2019 — with word of their deaths coming not from U.S. or Dominican officials, but in dribs and drabs from relatives or friends who come forward, driven by concerns that the official cause may not be credible or tell the whole the story. 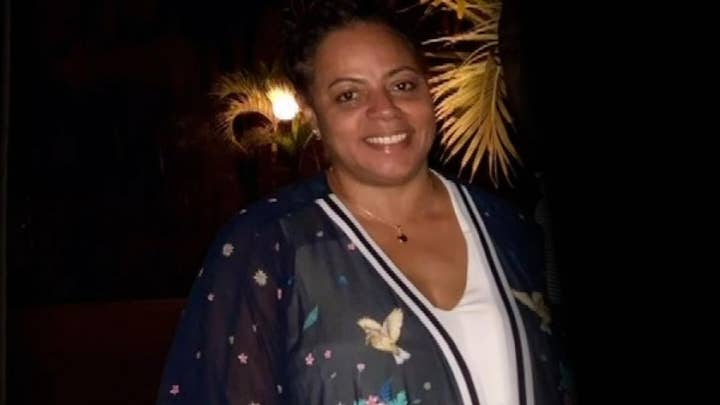 Yvette Monique Sport, 51, checked into the Bahia Principe resort in Punta Cana with her fiancé, Howard Taltoan, and some friends. Sport had a drink from the room mini bar. Sport, of Pennsylvania, took a shower and went to bed, her sister Felecia Nieves tells local reporters.

The next morning, Taltoan tried to wake Sport, but she is unresponsive.

“He tried to nudge her again and there was no sound and then she was gone,” Nieves said.

Her death certificate listed the cause as a heart attack, she says.

David Harrison, 45, of Maryland, checked into the Hard Rock Hotel and Casino in Punta Cana. He and his wife, Dawn McCoy, are there with their 12-year-old son to celebrate their wedding anniversary.

After several days, on July 12, Harrison started to feel ill, McCoy tells Fox & Friends. The next day, after lying in bed, still not feeling well, he decided to join his wife and friends in the hotel casino. McCoy noticed there was a “strange smell…a very potent smell” coming from her husband. In the casino, he began feeling ill again and told McCoy he wanted to return to the room. She wanted to call for an ambulance, but was told by hotel staff that the resort doctor must check Harrison first. McCoy said it took a long time for the doctor to arrive, and her husband died.

The official cause of death was pulmonary edema and heart attack.

"My husband was a very fit, very healthy person when he passed away," she told Inside Edition.

"I started seeing all these other people that were dying of the same exact causes, which made me start to second guess. I no longer feel like my husband died of natural causes,'  McCoy told local TV station WTOP. "We went down there as a happy family, and we came home a broken family. I came home a widow and my 12-year-old son came home fatherless."

Jerry Curran, 78, and his wife traveled to the Dominican Republic with another couple in late January and stayed at Dreams Resort in Punta Cana. Within three days, he died, his daughter told WKYC.

“He went to the Dominican Republic healthy and he just never came back,” daughter Kellie Brown said. "I thought something's not right. My father was a healthy 78-year-old, he took care of himself and I just didn't think anything like this was possible, but then I started to hear other people's stories."

In nearly all of the Americans reported dead in the Dominican Republic, officials said there were signs of pulmonary edema — a condition in which the lungs fill with fluid. Those tourists ranged in age from 41 to 67.

Robert Bell Wallace, a 67-year-old businessman from California, headed to the Hard Rock Hotel & Casino in Punta Cana with his wife, Beverly, for the wedding of his stepson.

He drank Scotch from the minibar in his room. The drink did not come from the kind of miniature bottles found in such minibars and served on airplanes, but from a dispenser, his family tells Fox News.

He became critically ill and is taken to the hospital, where he is kept for a couple of days. He died on the day of his stepson’s wedding. Authorities said the cause was a heart attack.

Miranda Schaup-Werner, a 41-year-old psychotherapist from Pennylvania, and her husband, Dan, checked into the Luxury Bahia Principe Bouganville in La Romana, one of the Dominican Republic’s largest cities. They were there to celebrate their ninth wedding anniversary.

In the evening, she had an alcoholic beverage from the minibar, the family spokesman, Jay McDonald, who is Dan Werner’s brother-in-law, told Fox News. Schaup, who had been fine until that point, started to get up from a chair and shrieked, calling out for her husband, who was in another part of the room. She collapsed and was declared dead when the medical help arrived.

Hotel employees spoke to Dan Werner, asking him questions, including some about Schaup’s health. He mentioned a heart condition that was diagnosed about 15 years earlier, but that was not ongoing or considered serious.

Her death certificate mentioned pulmonary edema and cardiac abnormalities. The cause of death was ruled a heart attack. 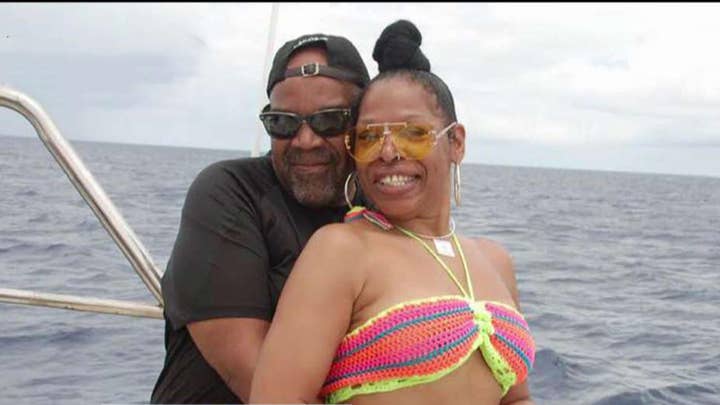 On May 25, Edward Holmes, 63 and his fiancé, Cynthia Day, 49, checked into the Grand Bahia Principe La Romana, which is nearly adjacent to the Bahia Principe hotel where Schaup-Werner stayed.

At some point either on Wednesday, May 29, or early Thursday, May 30, Holmes contacted hotel staff, saying he was feeling unwell. When they offered to give him medical treatment, he declined. Some published reports said it was because of the cost. Holmes and Day were scheduled to fly back to Maryland on May 30, but they did not check out. A hotel employee went to their room, where both are found dead.

A preliminary autopsy listed pulmonary edema, and internal bleeding, including in their pancreases. Holmes was listed as having an enlarged heart and cirrhosis of the liver.

Hotel officials and Dominican authorities stressed that medication for blood pressure, and other conditions, are found in their room, though they provide no context.

Unaware of the other deaths, relatives of the couple went public, and told reporters that they found the sudden passing of both Holmes and Day suspicious.

Their bodies were returned to the U.S. on July 11. The family attorney, Steven Bullock, said to reporters that the family plans to have autopsies conducted before Holmes and Day are buried.

The Dominican tourism minister, Javier Garcia, said the deaths are isolated incidents, and that the public must keep in mind that the island had been host to more than 30 million tourists in the last five years.

“These are situations that can occur in any country, in any hotel in the world,” he said. “It’s regrettable but sometimes it happens.” 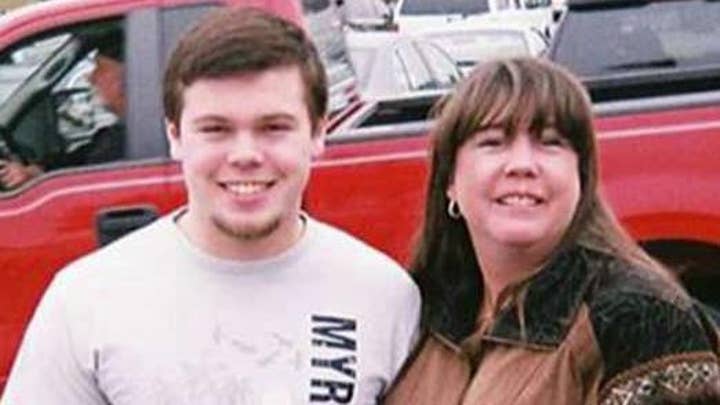 Leyla Cox, 53, of New Brighton, New York, went on vacation June 5 and was expected to return a week later.

Cox, who traveled alone, was found dead of a heart attack in her hotel room on June 11.

Her son Will Cox, 25, told Fox News that Dominican authorities were resisting doing toxicology tests and pressuring him to have her body cremated or embalmed before its return to the U.S.

On Wednesday, Dominican tourism officials sought to reassure U.S. tourists in a lengthy statement stressing that U.S. federal agents and health specialists are taking an active role investigating the deaths.