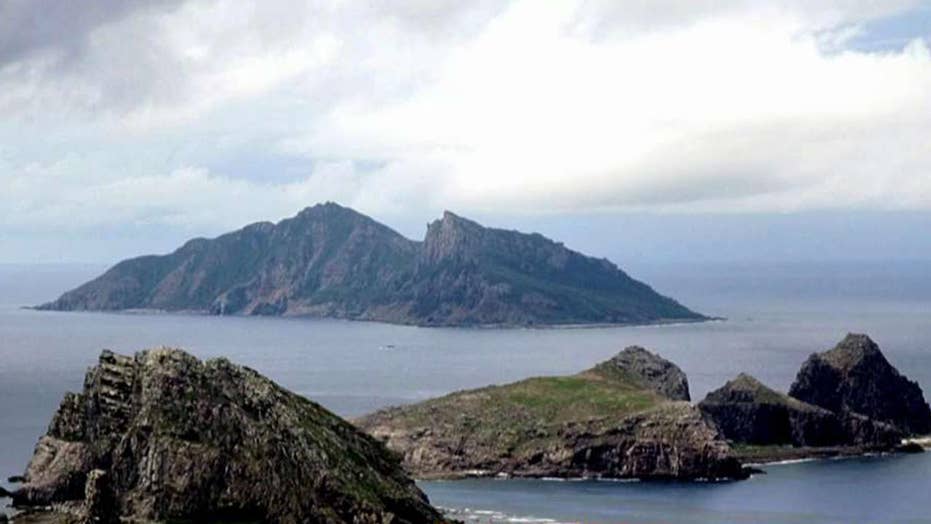 The ships sailed within Japan’s territorial waters some 12 nautical miles off the islands in the East China Sea, roughly 140 miles northeast of Taiwan, a U.S. defense official told Fox News.

On his first overseas trip as defense secretary, Jim Mattis, speaking in Tokyo, said China “has shredded the trust” of countries in the region by building up man-made islands in the South China Sea. He also said the U.S. commitment to protect Japanese territory applied to its islands in the East China Sea.

Mattis later called for all regional disputes over territory to be handled peacefully during a press conference alongside his Japanese counterpart, Minister of Defense Tomomi Inada.

The Chinese, who also lay claim to the Senkakus, call the uninhabited islands the Diaoyus.

“I made clear that our long-standing policy on the Senkaku Islands stands. The U.S. will continue to recognize Japanese administration of the islands,” Mattis said. “As such, Article 5 of the U.S.-Japan Security Treaty applies.” Article 5 commits the U.S. to defend Japan or its territories if attacked.

The sailing of the Chinese warships close to the contested islands followed a series of other recent provocations in the region.

China has flown nuclear-capable bombers around other contested islands, including the Spratly Islands, six times this year. The latest flight took place on Sunday, according to the official.

In late November, China flew a pair of nuclear-capable bombers around Taiwan for the first time.

Days later the Taiwanese president called then-President-elect Donald Trump to congratulate him on his election win. The call broke a decades-long “one-China” protocol with American leaders communicating directly with Beijing only.

Japan scrambled eight F-15 fighter jets to intercept the Chinese flight while it was circumnavigating Taiwan, according to officials.

In recent years, China has constructed seven artificial islands in the South China Sea and has placed runways on three of them. In recent months, China has added military fortifications to protect the islands.

In late December, China placed hundreds of surface-to-air missiles on Hainan Island off mainland China, which intelligence officials say could one day be moved to China’s man-made islands in the South China Sea to better defend them.

"We’re going to have to send China a clear signal that, first, the island-building stops and, second, your access to those islands also is not going to be allowed,” he said.