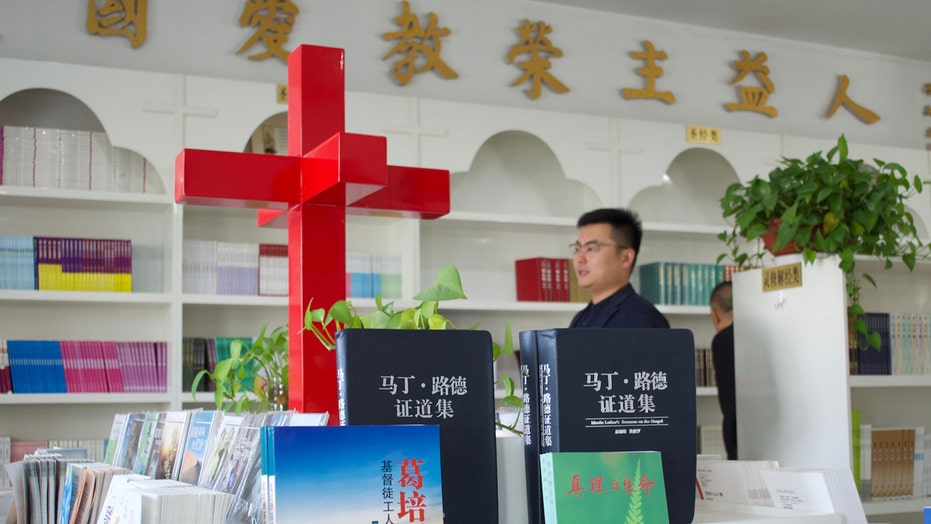 Leaked documents detail how Beijing is undertaking mass-scale surveillance and internment of its own people; Gillian Turner reports from the State Department.

China is striking the "final blow to religious liberty" with new administrative measures set to take place in February with total submission to the Chinese Communist Party, according to a watchdog group.

The country's state-run media announced the new "Administrative Measures for Religious Groups" on Dec. 30. That same day, Pastor Wang Yi of Chengdu's Early Rain Covenant Church, one of the most well-known leaders in the House Church movement, was sentenced to nine years in jail for "inciting subversion of state power," raising concern for Chinese Christians.

Bitter Winter, a watchdog on religious liberty and human rights in China, said the situation for religious groups is going from "bad to worse."

"In practice, your religion no longer matters, if you are Buddhist, or Taoist, or Muslim or Christian," a Chinese Catholic priest told AsiaNews. "The only religion allowed is faith in the Chinese Communist Party."

The new rules encompass every aspect of religious life, from formation to daily activities, which must be approved by the Communist government. This is set to complete the "Regulations on religious affairs" revised two years ago and implemented on Feb. 1, 2018, by Chinese President Xi Jinping.

“Religious organizations must adhere to the leadership of the Chinese Communist Party, observe the constitution, laws, regulations, ordinances, and policies, adhere to the principle of independence and self-government, adhere to the directives on religions in China, implementing the values of socialism,” Article 5 of the new policies states.

Despite the crackdown, experts estimate by 2030 that the Christian population, at 100 million -- compared to 90 million members of CCP -- is set to grow to 250 million. This comes as China has been accused of putting up to one million Uighurs and other Muslim minorities in labor camps in the northwest of the country for "re-education."