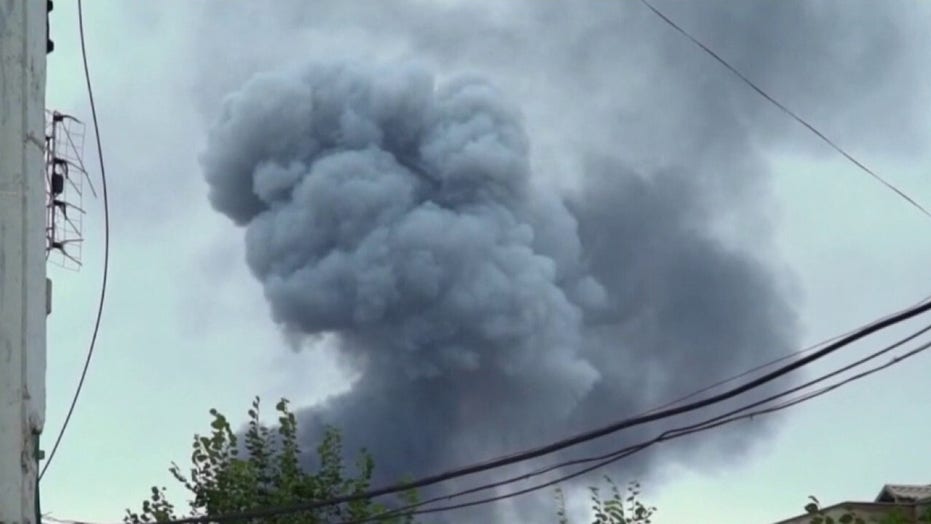 US, France and Russia step up efforts to get a cease-fire before it becomes a magnet for terrorist.

The genocide of 1915 looms large as Armenians feel renewed fear and bitterness about Turkey's involvement in the newly inflamed situation in Nagorno-Karabakh.

Turkey and Armenia still fight about history, with Ankara disputing there ever was a genocide.   But the death of 1.5 million Armenians at the hands of the Ottomans is in large part responsible for the creation of the diaspora.  There are more Armenians who live outside their country than within it.

And Armenian President Armen Sarkissian tells Fox News his people have no intention of giving up rights to live freely in Nagorno-Karabakh.

"This is a fight they will fight a long time, until the death as they say.  Every Armenian in the world will support this fight for a simple reason.  They see another attempt at genocide by Turkey using Azeri hands."

Nagorno-Karabakh is an Armenian-populated enclave within the confines of the state of Azerbaijan.

The dispute over Nagorno-Karabakh goes back decades but the flare-up within the last two weeks seems to have rattled people within the region and beyond because it threatens to suck some larger regional players into the conflict, like Russia and Iran, both neighbors. 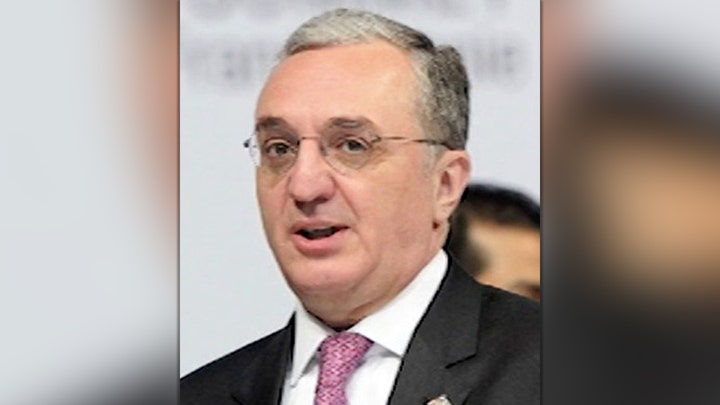 So far, they have called for calm.  And Azerbaijan bristles at the suggestion that Turkey's involved militarily.

"Turkish support to Azerbaijan is moral, diplomatic and political support," said Hikmat Hajiyev, Senior Foreign Policy Advisor to Azerbaijan's President Ilham Aliyev, "and we see the Armenian side tries to over-exaggerate it and put it in the context of a 3rd party involved.  From the Azerbaijan side, we don't need any third party involvement."

There have also been allegations that Turkey has employed mercenaries to fight.

"It has become, it is becoming, a great regional conflict with the potential of becoming another Syria or a big change in geopolitics because Turkey has brought with them also mujahedin--terrorists, Islamic terrorists--into Azerbaijan," Sarkissian said.

"Azerbaijan doesn't need any foreign mercenaries," Hajiyev said. "We have capable armed forces.  And they have interoperability with NATO forces." He points out how Azerbaijani troops have worked side by side with American troops in conflicts like Afghanistan and helped facilitate American supply routes in the region, adding the bit about mercenaries is "just another propaganda piece against Azerbaijan."

But Syrian President Bashar Al-Assad has said some of his countrymen have gone to join the fight, which gets Russia and Iran nervous.

Sarkissian said those countries have a role to play in helping to restore peace.  As does the US.

"I would like to use this opportunity to wish President Trump and the First Lady good health," he said. "And it's important President Trump return fully to his responsibilities for the Americans and for elections that are coming up, but it's also important he brings his contribution today because we in Armenia, in Karabakh, cannot wait until the American elections.  We need American words and pressure on Turkey and Azerbaijan today."

While both sides accuse the other of ethnic cleansing, atrocities and land grabs, representatives of each do say at least they believe they could all live together peacefully one day.  Hajiyev points to how different cultures have co-existed in Azerbaijan.

"We are proud of our Jewish culture, our Jewish community, as prosperous.  Christians and Muslims are living side by side in prosperity.  We always suggested this model of peaceful co-existence to Nagorno-Karabakh as well but unfortunately, Armenia followed a different model, of aggression."

But no amount of denying Turkish involvement can convince Armenia's President that there isn't a grand scheme here.  He thinks Turkey's President Recep Tayyip Erdogan took advantage of a moment when the world was thinking of COVID-19 and economic crises to make his move.  At a time, Sarkissian said, when were in the middle of "the big fight for the survival of humanity."  He called it inhuman.

Nagorno-Karabakh itself does not have oil, but it is a land that is considered by Armenians to be one of the key cradles of Christianity and the Azerbaijanis value it as a center of culture and beauty.  Tens of thousands have died for this over the years and counting, with this latest round of hostilities claiming hundreds so far.

Over in Azerbaijan, Hikmat Hajiyev said, "Generations are changing, but this conflict is still resisting.  Youngsters are dying on this battleground.  Enough is enough."

Amy Kellogg currently serves as a correspondent based in Milan. She joined FOX News Channel (FNC) in 1999 as a Moscow-based correspondent. Follow her on Twitter: @amykelloggfox