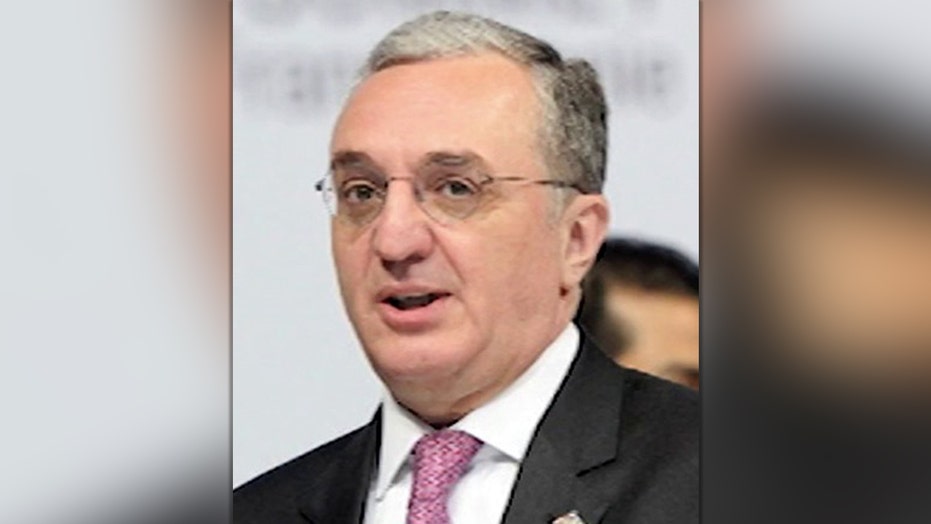 A week after war erupted between Armenia and Azerbaijan over the contested Nagorno-Karabakh region, new fighting saw dozens of civilians killed in the crossfire, as Armenia's top diplomat opened up to Fox News about what he called "war crimes" from the enemy.

The fighting has stretched on day and night along multiple fronts, with hundreds of military deaths.

Speaking to Fox News over the phone, Mnatsakanyan reacted to news of civilian deaths in the town of Stepanakert.

“This is appalling, these are war crimes. ... The people in Nagorno-Karabakh have been very strong, but this aggression must stop,” Mnatsakanyan added.

A building burning in a residential area burns after shelling, apparently from Azerbaijan's military, in the self-proclaimed Republic of Nagorno-Karabakh. (Areg Balayan/ArmGov PAN Photo via AP)

As missiles rained down on the ethnically Armenian enclave, women and children loaded onto buses, trying to escape the front lines.

ASSAD'S FUTURE IN SYRIA COULD HINGE ON AMERICA'S ELECTIONS

Some 60 miles north in the Azerbaijani city of Ganja, rockets fired by Armenian-backed forces landed among homes. The rocket fire killed at least one civilian, according to the Azerbaijani Foreign Ministry.

Russian-backed Armenia and Turkish-backed Azerbaijan each lost military equipment, tanks and helicopters over the past several days, as both sides have accused the other of starting this round of conflict.

The Azerbaijanis are now reportedly using Syrian mercenaries in the fighting. The existence of foreign fighters would complicate an already messy ground battle. If regional superpowers were to get involved, the war could deteriorate even further.

The Defense Ministry of Azerbaijan did not return a request for comment from Fox News.