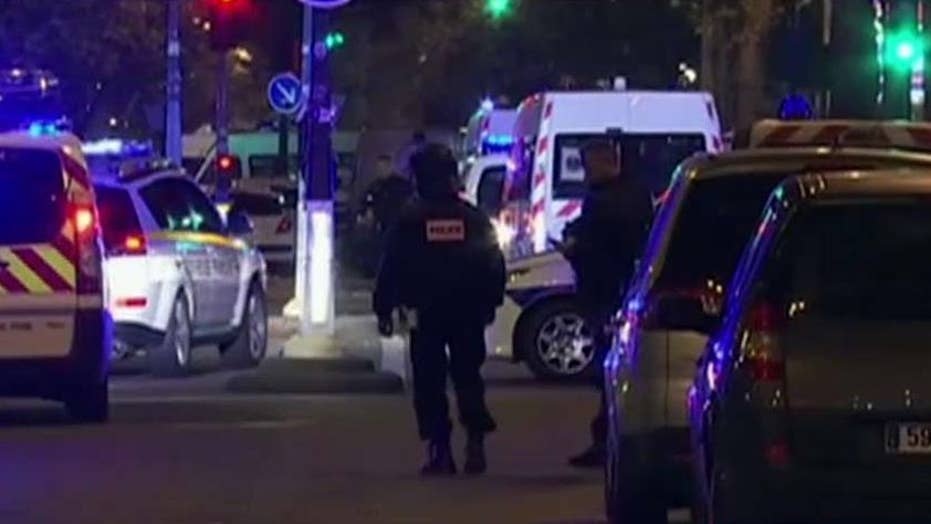 Report claims the men were awaiting orders to carry-out attack

Belgian authorities may have had the chance to arrest one of the Paris attackers two days after terror struck the French capital, but were unable to do so due to a law limiting police raids on private homes, the country's justice minister said Wednesday.

Koen Geens told Belgian media Wednesday that police had tracked Salah Abdeslam to an apartment in Brussels just two days after the Nov. 13 attacks killed 130 people and injured 350 others. However, authorities were forbidden to carry out a raid to capture the terrorist dubbed "Europe's most wanted man" due to an obscure law that prohibits police from entering private homes between the hours of 9 p.m. and 5 a.m. The only exceptions to the law, which dates to 1969, are if a crime is in progress or if the home is on fire.

The apartment where Abdeslam was believed to be hiding out was located in Brussels' western suburb of Molenbeek, which has been singled out by authorities as a hotbed of jihadist activity. Abdeslam grew up in the neighborhood, as did the mastermind of the Paris attack, Abdelhamid Abaaoud, who was killed in a raid by French police Nov. 18

A spokesman for the Belgian federal prosecutor's office acknowledged to The New York Times that authorities did not seal off the area during the night and that Abdeslam was gone when police returned the following day to carry out their operation. Belgian media reported that investigators found evidence during their search that Abdeslam had indeed been in the apartment during the night, though that was not explicitly confirmed by authorities.

"We had reason to believe Salah Abdeslam had been in that house, so we carried out a search on Nov. 16 at 5 a.m., but he was not there," the spokesman, Eric Van Der Sypt, told reporters.

The botched raid would constitute the second time Abdeslam was able to escape apprehension by authorities. A car he was traveling in was stopped at the border between France and Belgium hours after the Paris attacks, but was allowed to pass because authorities at the checkpoint had not received an alert that Abdeslam was wanted.

Belgian Interior Minister Jan Jambon told broadcaster VTM Wednesday night that he had been informed by French authorities that Abdeslam would have been apprehended if he had arrived at the checkpoint 15 minutes later.

"We had bad luck," was how Jambon put it in the interview.

French investigators believe that Abdeslam was assigned to carry out a suicide bombing in the 18th district of Paris on the night of Nov. 13. Instead, Abdeslam dropped his explosive vest in a garbage heap and called two of his friends in Brussels to come pick him up. His current whereabouts are unknown, even after Belgian authorities put Brussels on lockdown for four days following the failed raid and detained dozens of other possible suspects. Most of those detained were later released.

In the aftermath of the Paris tragedy, Belgium has come under pressure to get a better handle on homegrown Islamic radicals. Mustafa Er, an aide to Molenbeek’s mayor, Françoise Schepmans, told the Times that at least 85 current Molenbeek residents are suspected of engaging in extremist activities.

Three days after the failed Molenbeek raid, Belgian Prime Minister Charles Michel proposed 18 new security measures, including allowing 24-hour raids. However, the country's parliament is not expected to take up the proposals before the end of January.