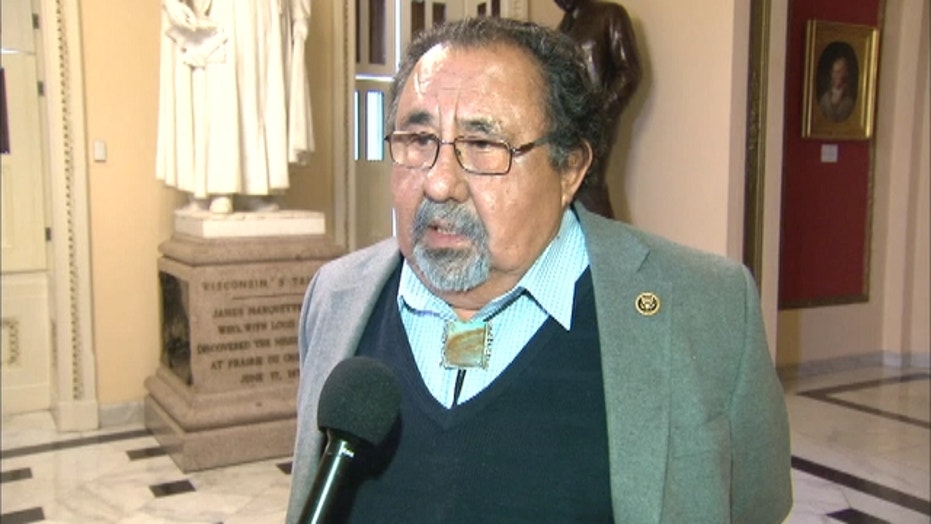 He said that while both Democrats and Republicans are nearing the finish line, there are a number of issues still on the table that need to be hashed out.

The basic framework of the bill remains intact — it would create an outside fiscal control board on the island in return for allowing Puerto Rico to restructure its $70 billion in debt.

But Grijalva, the top Democrat on the committee, and committee Chairman Rob Bishop (R-UT) have said it has been difficult to find the right mixture of policies that will appease conservative lawmakers while still retaining the bills widespread support among Democrats.

The main concern about the measure is a rider that would relinquish federal control of a national wildlife refuge on the island of Vieques, a 3,100-acre patch of land that is home to 16 endangered species and hosts hundreds of species of birds as they migrate across the Caribbean.

Grijalva said he is also concerned by the fact that the new bill locks in lower minimum wage to young Puerto Rican workers and cuts pension protection for about 10 percent of the island population.

“We’ve raised these issues over and over again,” Grijalva told Fox News Wednesday on Capitol Hill. “We’re hopeful that now they’ll be some consideration to these objections so that we can deal with the urgency and it is an urgency in Puerto Rico.”

The effort has been further complicated by disagreement among Puerto Rico’s creditors. While some support the bill, others are fighting it in hopes of preserving larger payouts. Some creditors' groups lobbying against the legislation have said that it amounts to a financial bailout, even though the bill has no direct financial aid. Ads saying that the bill is a bailout are targeted at wavering Republicans.

“We feel very strongly, having visited these last two days in Puerto Rico, that there is an urgency both on the fiscal side and the humanitarian side,” Grijalva said. “[It is] an opportunity for us to meet and try to deal with the concerns that we’ve raised from our caucus and try to come up with a bipartisan bill.”

“Quite honestly it’s worth the time,” he added.

Congress’ failure to pass a debt-restructuring bill for Puerto Rico earlier this year led the island to default on $370 million in bond payments due at the beginning of May. Adding to that pressure, the island faces a much larger payment due later this summer.

Puerto Rico has payments due totaling nearly $2 billion due on July 1, including more than $700 million in general obligation bonds that are supposed to be guaranteed under the island's constitution. In an ominous warning to Congress and creditors that include U.S. hedge funds, Gov. Alejandro García Padilla said the outlook for the next payment is bleak.

"We don't anticipate having the money," he said last week.