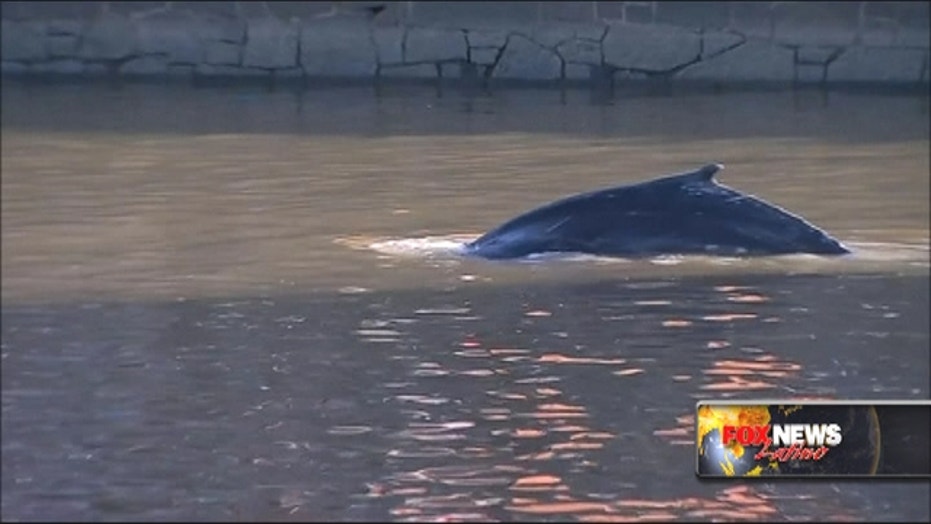 The Argentine Navy guided a whale find its way back to sea after it entered the dock area of Buenos Aires.

BUENOS AIRES, Argentina (AP) – Argentine authorities have successfully guided a whale out of the marina of a glitzy area in Buenos Aires and hope that it will now return to sea.

Roxana Schteinbarg is the executive coordinator of the Whale Conservation Institute in Argentina. She tells The Associated Press that the whale had left the marina of the Puerto Madero neighborhood. Schteinbarg says the animal is now in the port area where the Rio de La Plata river feeds into the Atlantic.

The whale appeared in the marina Monday afternoon, periodically surfacing next to yachts while hundreds of onlookers gawked.

Schteinbarg said Tuesday the whale appears to be a 2-year-old humpback. She said it was likely making its first migration without its mother and got disoriented.