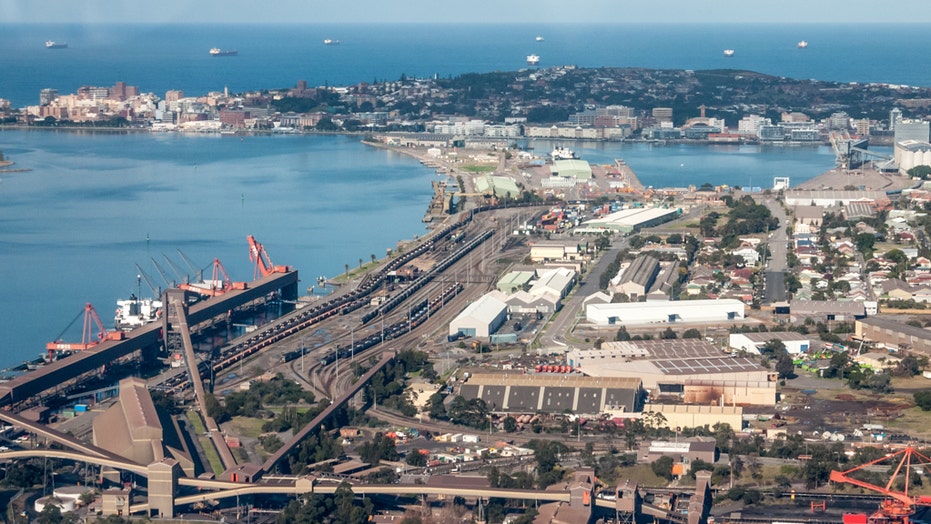 The 31-year-old man, of Peakshurst, a suburb south of Sydney, set sail on a yacht Saturday, but ran into trouble off the coast and was rescued by a passing cargo ship, New South Wales police said in a news release.

The large vessel attached a tow line to the yacht and brought the man aboard as it headed for a Newcastle port, about 100 miles up the coast from Sydney. It was scheduled to anchor there before leaving for Malaysia, according to police.

But as the bulk carrier entered Newcastle waters, police said the man disappeared. Crew members found the tow line to the yacht had been cut.

The Port of Newcastle and coal loading facilities at Carrington. Newcastle is the largest coal export port in the world loading freights with black coal. (iStock)

Officers from the Marine Area Command helped with an extensive search on Saturday and Sunday, but he was not found.

NSW Police and Australian Border Force officers, along with the Dog and a Mounted Command unit, also conducted an onboard search after the massive vessel docked in Newcastle Monday.

"He was surprised that we found him,” said NSW Police marine area command Chief Inspector Joe McNulty, according to the Sydney Morning Herald. “However, he was in fairly good spirits and accepted his arrest and realized the gig was up."

Police said the man had deliberately cut the tow line to the yacht and planned to hide aboard the ship until it left for Malaysia.

He was charged with breach of bail and was scheduled to appear in court Wednesday.