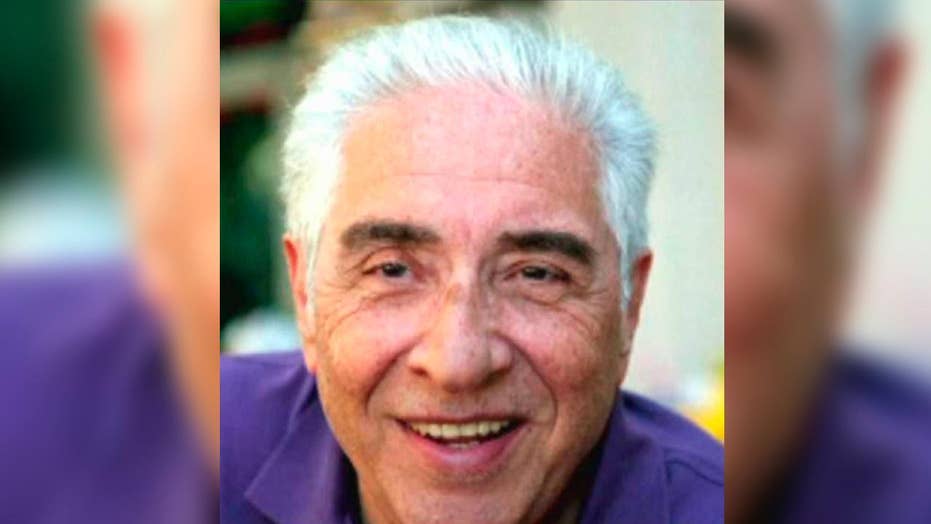 Family pleads for release of ailing prisoner held in Iran

The family of 81-year-old prisoner Baquer Namazi says he is a political pawn along with his son, imprisoned by the rogue regime after the nuclear deal; Jennifer Griffin reports for 'Special Report.'

The US government is demanding Iran release an 81-year-old American it returned to prison this week – after giving him a 4-day leave for health reasons.

The family of Baquer Namazi says he is a political pawn along with his son Siamek, a 41-year-old American businessman, imprisoned by Iran following the nuclear deal, while on vacation in Tehran.

In a cruel twist, the Iranian regime released the father for 4 days late last month because his health was failing. This week authorities sent him back to Iran's notorious Evin prison.

"I was stunned when the prison officials out of the blue called my Mom and demanded my father report back immediately," Babak Namazi, who grew up in White Plains New York, told Fox News during a visit to Washington to lobby Congress for help in securing the release of his father and brother.

He said his father faces a virtual death sentence and described his brother's torture in solitary confinement.

“He has been shot by tasers. Wires have been tied to him with the threat of electric shock,” Namazi said.

Siamek is often told by his captors his father is dying “and if he wishes to see him ‘there are certain things he must do’.”

“We're deeply disappointed in the fact that he has been returned to prison. We're concerned about his health. We call for his unconditional release from his unjust detention in Iran, and that renews our calling for all Americans who are being held in Iran and being held unjustly to be returned to the United States.”

Baquer Namazi was lured back to Tehran during a visit abroad with the promise of seeing his son who had been nabbed by authorities a year before on what his family says are trumped up charges.

“I have no doubt that them being American is the reason they've been detained,” Babak Namazi said.

Baquer Namazi worked for UNICEF for more than two decades. His colleagues released a statement after he was sent back to prison on Tuesday:

"The entire UNICEF family is deeply saddened to learn that our former colleague Baquer Namazi was returned to prison today,” Najwa Mekki, a UNICEF spokesperson, wrote. “We continue to be very concerned about his deteriorating health and plead with the Iranian government to grant him a full and unconditional release on humanitarian grounds."

The Namazis are not the only Americans being unjustly detained by Iran – retired FBI agent Robert Levinson has been held since 2007.

Princeton graduate student Xiyue Wang was arrested in 2016 while conducting research for his dissertation. Another American, Karan Vafadari, who ran an art gallery in Tehran, was just sentenced for 27 years because of his religious identity.

President Trump has vowed to impose sanctions on Iran if these American prisoners are not released immediately.

The White House issued a statement this week: