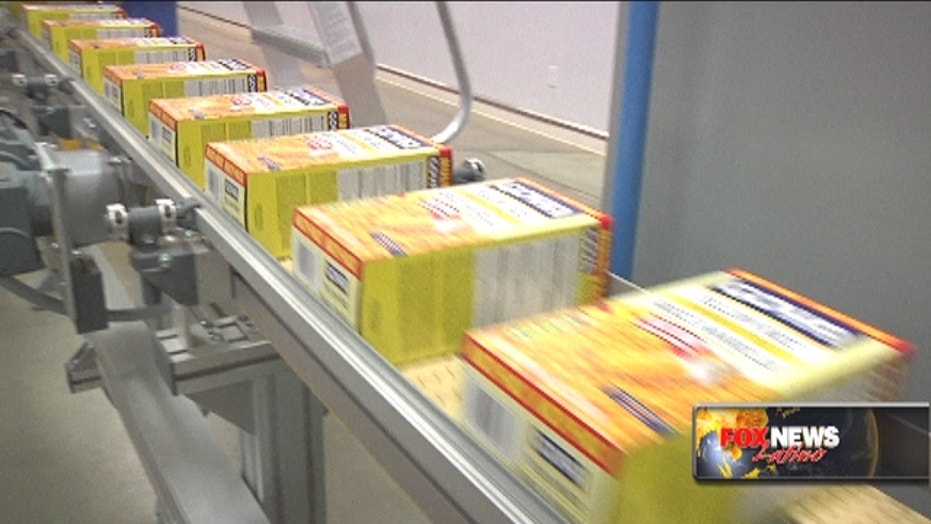 MIAMI (WSVN) - A mother is demanding answers after her 20-year-old son was beaten into a coma outside a Miami nightclub by a bouncer.

Police said 20-year-old Eduardo Gonzalez-Gotera was with a group of friends when he stepped outside of Rubi Lounge, an over 21 nightclub located on Southwest Seventh Street, on June 18. Once he tried to re-enter the club, according to his family attorney Judd G. Rosen, he was beaten by a bouncer employed by the establishment.

On Tuesday, Miami Police released an incident report that said Gonzalez-Gotera refused to leave the lounge and cursed at the bouncer, who police identified as 31-year-old Billy Jackson Bourciquot. The bartender told police Gonzalez-Gotera approached him in an “aggressive way.”

Police said Bourciquot then punched Gonzalez-Gotera in the face at around 3:11 a.m. Gonzalez-Gotera then fell down a flight of stairs, striking his head on the pavement and rendering him unconscious.

He was transported by Miami Fire Rescue and admitted to Jackson Memorial Hospital’s Ryder Trauma Center in critical condition with a fractured skull. He later slipped into a coma.

Rosen said Gonzalez-Gotera was trying to get back into the bar when the bouncer attacked him, shattering his skull.

“Eduardo was inside the bar,” family attorney Judd Rosen said. “He was at a party inside the bar for a period of time, a few hours. He went outside to get some friends back in and that is when he had a discussion with the door guy, who then punched him.”

He has since come out of the coma but remains hospitalized with permanent brain damage.

“She prayed that her son would wake up, and he did,” Rosen said.

Now, his mother and the family attorney are asking for answers from the City of Miami Police, who said their investigation is ongoing.

“It is a pain, so deep,” Joanna Gotera said, “and I just want him to be like he was before.”

The attorney said the City of Miami Police Department released the incident report to the media but not the family. The attorney also said that police have yet to tell the family if they plan on filing charges in the case.

“That Saturday was my son, but who is next?” Gotera said. “We need to stop this. I need to be his voice because it is not fair for anyone to go through this.”

The bouncer did not want to go on camera but said he feared for his safety and was just protecting the club.

Gotera said that her son is still fighting for his life.

“It is almost a month, you know, and my son is still fighting for his life,” she said.

Gonzalez-Gotera remains in therapy at Ryder Trauma Center to learn how to walk and talk again.