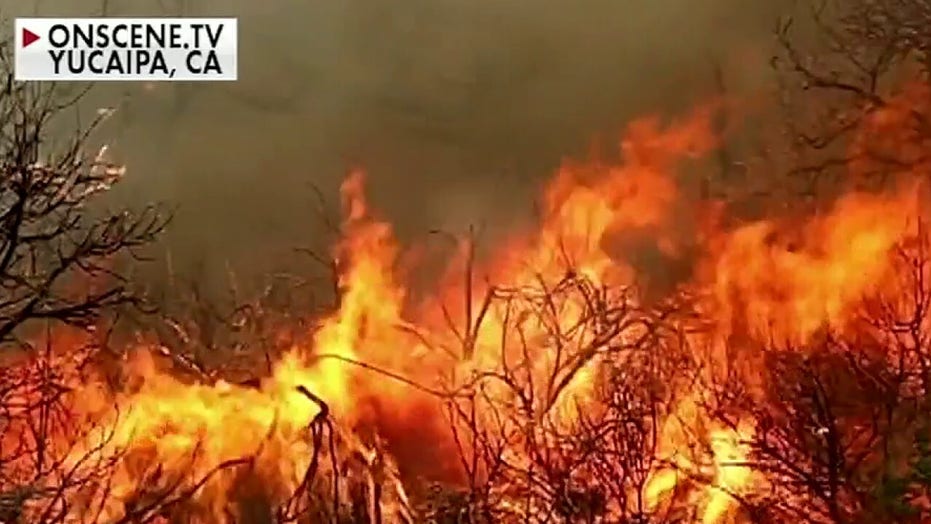 Wildfires burn out of control across West Coast

The death toll from dozens of wildfires burning along the West Coast has grown to least 35, as gusty winds on Monday threatened to fan flames in parts of the region.

The wildfires from California to Washington state have burned nearly 5 million acres, nearly the size of Connecticut and Rhode Island combined. Tens of thousands of people have been forced to flee their homes, with many returning to find only charred rubble.

“I lost everything except what’s in that bag – everything,” one evacuee told FOX12 Oregon about the devastation in Marion County from the Beachie Creek Fire.

Seven people remain missing in the area due to the North Complex West Zone fires, according to Honea.

Cal Fire said as of Monday, the North Complex has scorched some 261,488 acres and is only 26% contained.

The Oak Park Motel was destroyed by the flames of the Beachie Creek Fire east of Salem, Ore., Sunday, Sept. 13, 2020. (Rob Schumacher/Statesman-Journal via AP, Pool)

Some 3,351 fire personnel are assigned to the blaze, but firefighters are also among those losing their homes. 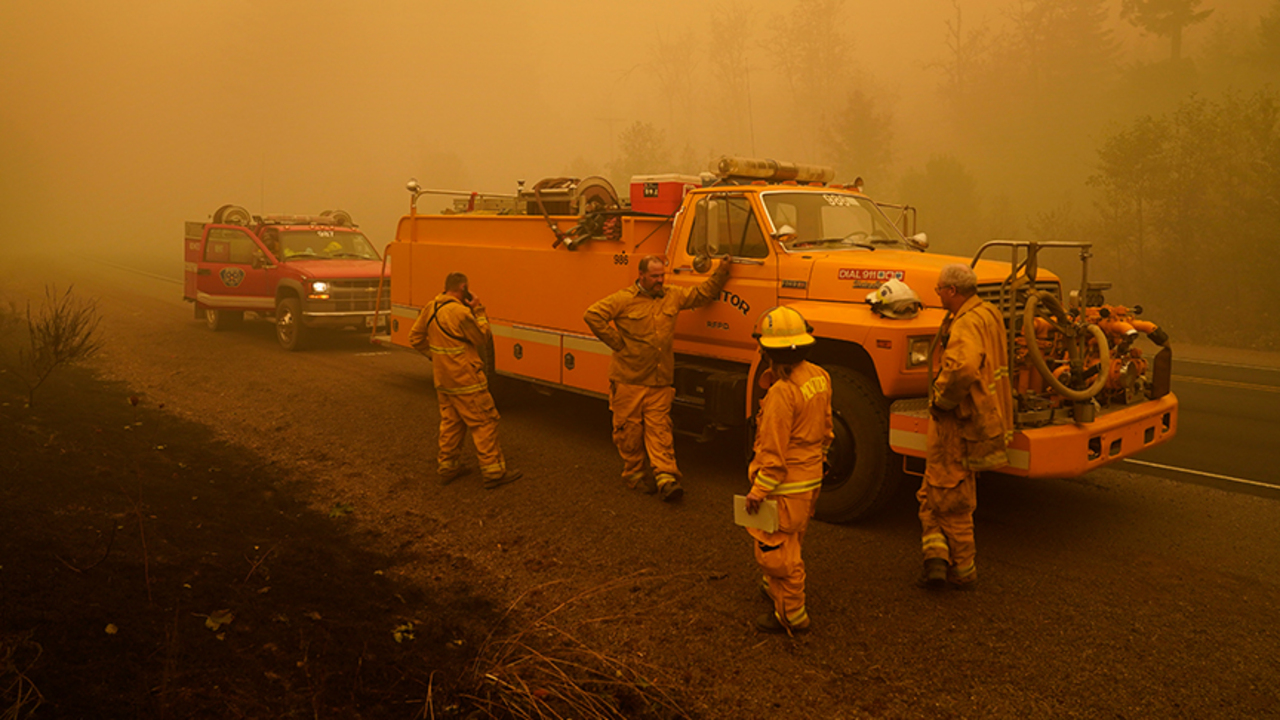 Six of the seven volunteer firefighters in the town also lost their homes.

“I don’t want to take any time off because I don’t want to sit there and think about what I lost,” Rankin told FOX40. “So, I’m just going to stay here and help my community.”

In Oregon, firefighters spent the weekend setting and holding containment lines nearly a week after the wildfires ignited across the state.

George Coble carries a bucket of water to put out a tree still smoldering on his property destroyed by a wildfire Saturday, Sept. 12, 2020, in Mill City, Ore. (AP Photo/John Locher)

Community members in Clackamas County on Sunday were taking it upon themselves to prevent neighborhoods from going up in flames.

"Firemen have got their hands full, too, they can’t be out here fighting in the brush- they’re trying to save structures," Steve Jones told FOX 12.

At least 10 people have been killed in the past week throughout Oregon. Officials have said more people are missing from other fires, and the number of fatalities is likely to rise, though they have not said how high the toll could go as they search.

The Oak Park Motel was destroyed by the flames of the Beachie Creek Fire east of Salem, Ore., Sunday, Sept. 13, 2020. (Rob Schumacher/Statesman-Journal via AP, Pool)

Authorities last week reported as many as 50 people could be missing after a wildfire in the Ashland area. But the Jackson County sheriff’s office said late Saturday that four people had died in the blaze and that the number of missing was down to one.

In addition to the 24 deaths in California, one person died in Washington state. Thousands of homes and other buildings have burned.

Boats are partially obscured by smoke from a wildfire at a marina on Detroit Lake burned by the Beachie Creek Fire, Saturday, Sept. 12, 2020, in Detroit, Ore. (AP Photo/John Locher)

Many stories are still emerging of frantic evacuations from wildfire-ravaged areas as people fled the flames.

“[We saw] vehicles that had half-melted, half-burned, vehicles that were full of people,” Anthony Bucher with the Oregon State Fire Marshal told FOX12. “People didn’t have time to grab their stuff so it was the clothes they had on their back to get out."

Democratic governors in affected states have said the wildfires are a result of climate change, while the Trump administration has blamed poor forest management for fueling the flames.

Weather conditions in the area will not make fighting the current blazes any easier for firefighters on the front lines.

Another day of fire danger looms on Monday for the West with gusty winds, low humidity, and dry conditions from the Sierra range up into the Northwest and northern Rockies.

Poor air quality lingers along the West Coast due to ongoing wildfires.

Dense smoke advisories and air quality alerts are also in effect over the region.