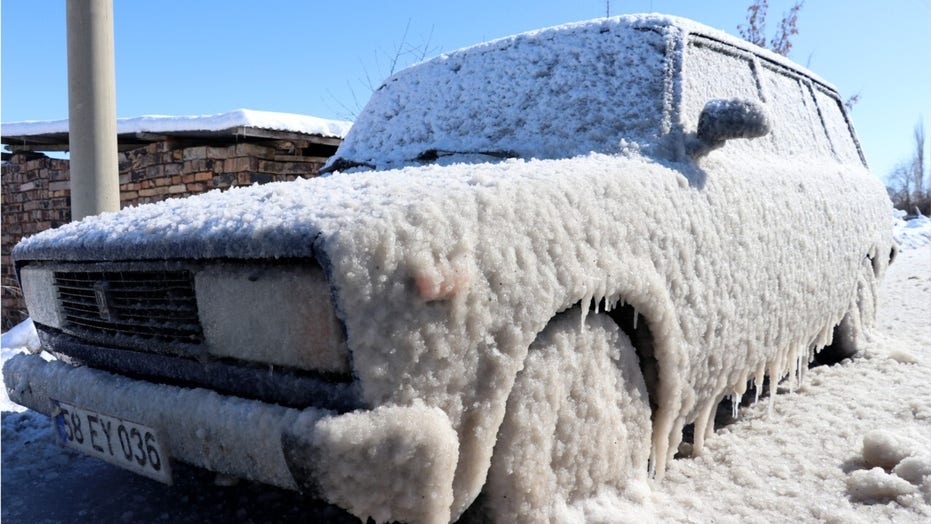 Can it be too cold to snow? Why lifting of air matters

As the temperature drops and precipitation looms during the winter, many wonder whether it can ever be too cold to snow. Here's why snow can be considered a rare sight when the temperature dips below 0 Fahrenheit.

As the temperature drops and precipitation looms during winter, many wonder if it's ever too cold even for snow.

Winter weather that impacts public safety and transportation -- such as snow, sleet, ice -- typically occurs between Oct. 14 and April 14, according to the National Weather Service.

When meteorologists forecast a winter storm, one of the most important questions is about the type of precipitation: rain, sleet, or freezing rain.

According to the National Severe Storms Laboratory, a frequently asked question about winter weather is whether it can ever be too cold to snow.

Snow can be considered a rare sight when the temperature dips below 0 Fahrenheit, but that has more to do with how stable the atmosphere is, instead of how cold it may be.

Significant snowfall is still possible during winter storms that happened in bitter cold conditions, due to intense lifting of saturated air. (iStock)

Significant snowfall is still possible during winter storms, even if temperatures are very low.

That's due to the intense lifting of saturated air, which can produce significant accumulations.

Moisture can be transferred into the area where lifting is occurring, causing those snow totals to stack up.