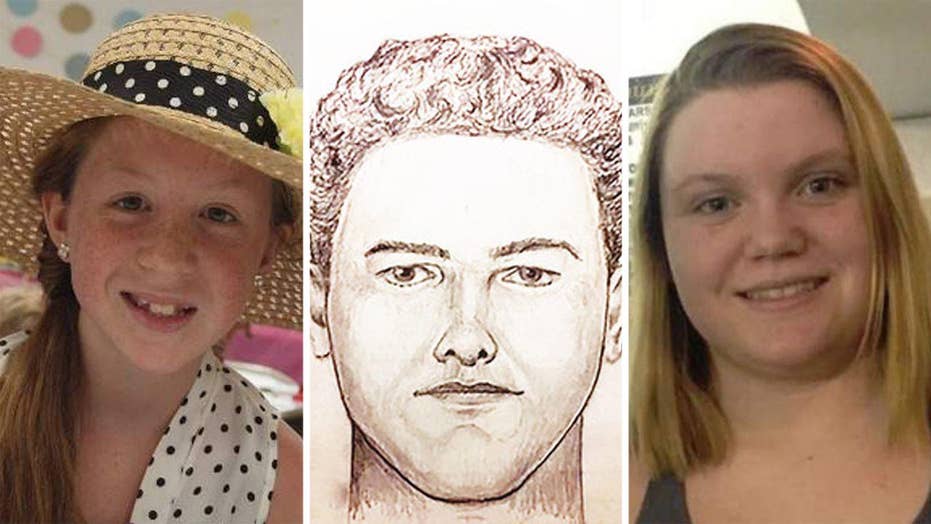 Indiana State Police have released a sketch of a man who they believe is a suspect in the murders of Libby German and Abby Williams; Mike Tobin has the details.

The mystery surrounding the murders of Libby German and Abby Williams remains unsolved.

German, 14, and Williams, 13, were reported missing Feb. 13, 2017, after they were dropped off at the Delphi Historic Trails in Indiana for a hike -- then failed to return hours later. A search for the pair ended in tragedy the following day when their bodies were found by a volunteer about a half-mile off the trail.

Three years after their deaths, the suspect in the case is unidentified and remains on the loose.

"We believe you are hiding in plain sight," Indiana State Police Superintendent Doug Carter said in April 2019, while noting that the investigation has now shifted to focus on someone who lives or used to live in Delphi, Ind., about 60 miles northwest of Indianapolis.

On February 13, 2017, Abigail Williams, 13, and Liberty German, 14, disappeared after being dropped off at the Delphi Historic Trails. The first sketch of an unidentified man suspected in the killings was released by Indiana State Police months later. (Indiana State Police)

POLICE HAVE RECEIVED MORE THAN 42,000 TIPS IN DELPHI MURDER CASE

Over the past few years, police have released numerous audio and visual materials from German’s phone of a man they believe is behind the killings. He was seen walking on the abandoned Monon High Bridge around the time of the girls’ disappearance.

Investigators first released a pixelated image of the individual. Then they released a brief video--showing him walking along the bridge--hoping someone could identify him based on his mannerisms.

The suspected killer is also heard saying, “Guys… down the hill” in an audio clip released by investigators.

Could the suspect in the 2017 murder of two Indiana teens be hiding in plain sight?

To date, there are two sketches of the suspect – and they look different.

One composite released several months after the murders in 2017 depicts a man authorities describe as having reddish-brown hair and undetermined eye color. He is between 5 feet 6 inches and 5 feet 10 inches. and weighs between 180 and 220 pounds.

The second sketch was put out in April 2019 of someone between 18 and 40, but who may appear younger.

Adding to the confusion, the sketch artist with Indiana State Police who drew the second face, Master Trooper Taylor Bryant, told the Indianapolis Star the picture presented as new had in fact been drawn Feb. 17, 2017, three days after the bodies were discovered.

A previously released composite sketch of a suspect in the murders of two teenage girls in Indiana. (Indiana State Police)

In vague terms, Bryant told the Star the image was based on the description of a man by a witness. The sketch is a "ballpark estimation of what the person looks like."

Investigators say the more recent sketch came about after some information was "continuously reviewed and examined." Authorities said the image "more accurately" depicted the face of the suspect from video recorded on German's cell phone while she and Abby were on the High Bridge.

Despite autopsies being conducted, no cause of death has ever been revealed for either of the girls. Police have received tens of thousands of tips.

German’s mother, Carrie Timmons, said in a 2020 HLN podcast series that she believes the investigation has been botched, but “absolutely” thinks the case will eventually be solved, “hopefully, before I die.

“One way or another, the truth is gonna come out”, she added.

Authorities are still encouraging anyone with information to call the FBI tip line at (844) 459-5786 or email Abbyandlibbytip@cacoshrf.com.