Watergate figure in the spotlight as Dems begin hearings on Mueller report
John Dean, the former White House counsel to Richard Nixon and a key figure in the Watergate scandal, is expected to be front and center on Capitol Hill on Monday, as House Democrats are set to begin a series of hearings this coming week seeking to keep the spotlight on Special Counsel Robert Mueller's report. Although the week could end with Attorney General William Barr and former White House counsel Donald McGahn in contempt of Congress, no formal impeachment inquiry is on the table, and the way forward remains unclear. Prominent Democrats have continued to support the investigative "path" — in the words of Speaker Nancy Pelosi — that some of them publicly hope will lead to impeachment. Trump slammed the hearings on Sunday, calling Dean, who is also a CNN contributor, a "sleazebag attorney" and that Dems do not get "do-overs" in the Russia investigation.

Mexico still in Trump tariff crosshairs
Even as he again hailed his administration's last-minute deal on Friday with Mexico as a "successful agreement" to address illegal immigration at the southern border, President Trump on Sunday bluntly suggested he might again seek to impose punishing tariffs on Mexico if its cooperation falls short in the future. The president and other key administration officials also sharply disputed a New York Times report claiming the deal "largely" had been negotiated months ago, and hinted that not all major details of the new arrangement have yet been made public.

California to give illegal immigrants full health benefits
In a stance to distance itself from President Trump’s administration, California is set to become the first state in the country to pay for tens of thousands of illegal immigrants to have full health benefits. Under an agreement between Gov. Gavin Newsom and Democrats in the state legislature as part of a broader $213 billion budget, low-income adults between the ages of 19 and 25 living in California illegally would be eligible for California’s Medicaid program, known as Medi-Cal. The plan would take effect in January 2020, the Sacramento Bee reported.

'Big Papi' shot in the Dominican Republic
Former Boston Red Sox slugger David Ortiz was ambushed by a man who got off a motorcycle and shot him in the back at nearly point-blank range in a nightclub in his native Dominican Republic on Sunday. A local reporter who said he'd spoken with the doctor who treated Ortiz told ESPN that a bullet had hit Ortiz's lower back and came out his stomach. Police said Ortiz was transferred to a hospital where he underwent surgery. He's reportedly now in stable condition. A witness at the scene said a suspect who was at the scene is in custody. Other circumstances surrounding the shooting were unclear.

ICYMI: A fourth U.S. tourist death at Dominican Republic resort
A fourth U.S. tourist died after he fell critically and suddenly ill at an all-inclusive resort in the Dominican Republic this past April, about a month before three others died in their rooms, Fox News has learned. Robert Bell Wallace, 67, of California, became ill almost immediately after he had a scotch from the room minibar at the Hard Rock Hotel & Casino resort in Punta Cana, his niece, Chloe Arnold, told Fox News on Sunday. He was in the Dominican Republic to attend his stepson’s wedding.

MINDING YOUR BUSINESS
CBS-Viacom talks near critical stage with board meeting this Friday.
United Technologies, Raytheon to combine in all-stock 'merger of equals.'
California sees surge in ammo sales ahead of new gun regulations. 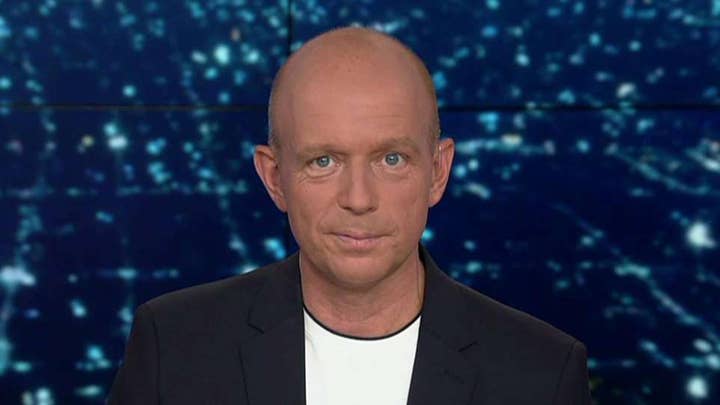 Though the Washington establishment hated it, "The Next Revolution" host Steve Hilton says President Trump got real results by threatening to impose rising tariffs on Mexico.