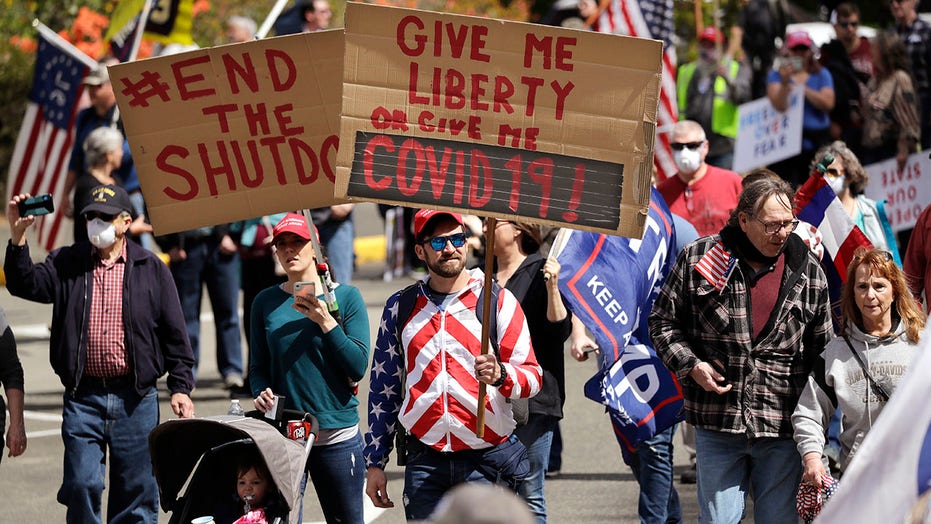 Thousands of protesters rallied outside the Washington State Capitol on Sunday to call for an end to Gov. Jay Inslee’s stay-at-home order designed to protect citizens from the coronavirus, with some holding signs echoing an American Revolution slogan: “Give Me Liberty Or Give Me Covid 19!”

Demonstrators have amassed around the country to protest what many see as violations of state and U.S. constitutions following weeks of imposed social distancing restrictions that have banned large gatherings and shuttered businesses, effectively pausing the economy and hurting the livelihoods of many Americans.

However, health experts have warned that reopening states too soon could lead to a new surge of COVID-19 cases.

Outside the Capitol building in Olympia, protesters carried American flags and Trump flags, gun rights advocates brought their firearms and others held signs that read “End the Shutdown.” Some pushed babies in strollers or carried children atop their shoulders.

A man holds a sign that reads "Give Me Liberty or Give Me Death"​​​​ in view of the Capitol building in Olympia, Wash., on Sunday at a protest opposing the state's stay-home order to slow the coronavirus outbreak. (AP Photo/Elaine Thompson)

“We’re starting a rebellion in Washington, we’re not listening to this governor, we’re taking our state back,” state Republican Rep. Robert Sutherland told the more than 2,000 demonstrators, according to the Seattle Times.

Sutherland was among two other local Republican lawmakers supporting the demonstration. He went on to call upon citizens to revolt should state officials enforce a temporary ban on recreational fishing, saying that if the state sends its “goons with guns, we will defend ourselves.”

“Governor, you send men with guns after us when we go fishing, we’ll see what a revolution looks like,” Sutherland said.

The protest remained peaceful, and police said no arrests were made, the paper reported.

Inslee responded to the demonstration in a written statement, denouncing the local Republican lawmakers who urged an “open rebellion” and called on GOP legislative leaders to “speak out against such rhetoric from their members.”

"These are difficult and frustrating times,” Inslee said. “I support free speech. But crowd counts or speeches won’t determine our course. This isn’t about politics. It can only be about doing what is best for the health of all Washingtonians.”

The protest in Washington came just days after President Trump posted a series of messages saying, “LIBERATE MINNESOTA!,” “LIBERATE MICHIGAN!,” and ‘LIBERATE VIRGINIA,” in a show of support for citizens of those states who have been protesting stay-at-home orders or, in the case of Virginia, recent gun control measures enacted by state Democrats.

Inslee, who has butted heads with Trump in the past over the federal government’s response to the coronavirus, on Friday accused the president of “fomenting domestic rebellion” with his calls to "liberate" parts of the country from stay-at-home or other orders. 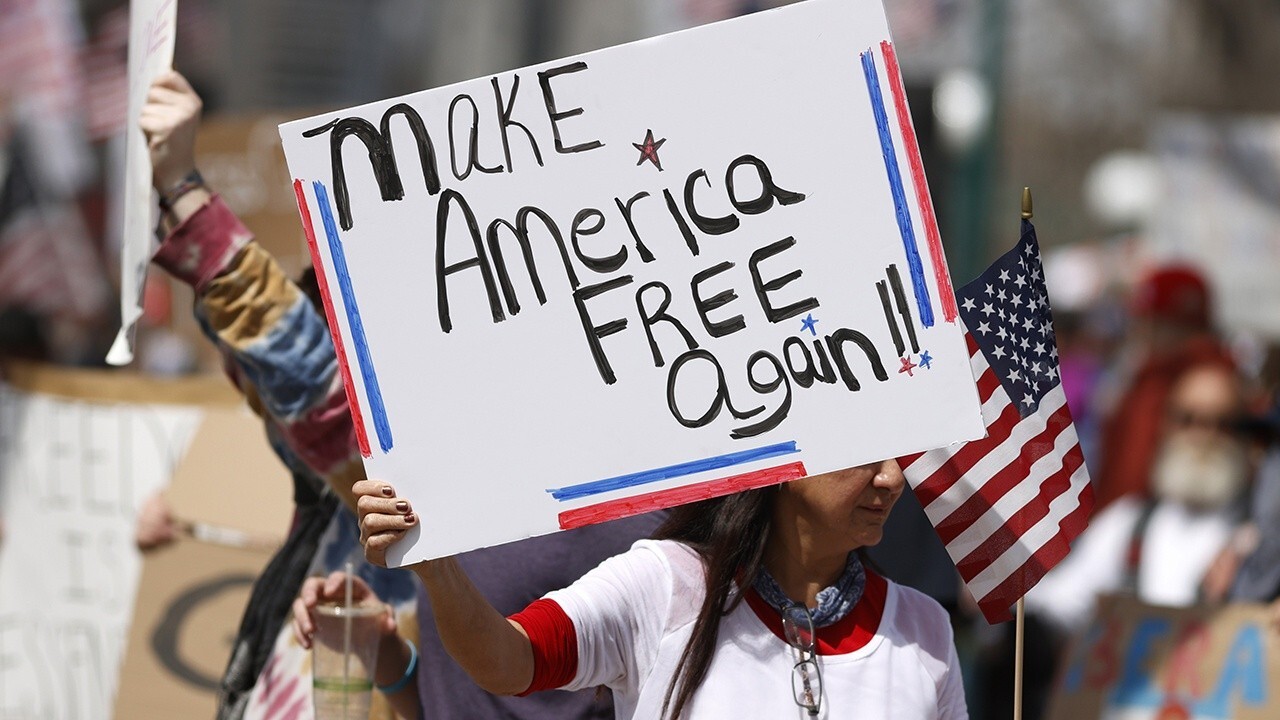 President Trump says some governors 'have gone too far'; John Roberts reports from the White House.

“His unhinged rantings and calls for people to ‘liberate’ states could also lead to violence,” Inslee’s statement said. “We’ve seen it before. The president is fomenting domestic rebellion and spreading lies even while his own administration says the virus is real and is deadly.”

Inslee last week said that he is planning to reopen in phases, likely starting with businesses. Washington’s stay-at-home orders are effective through May 4, though some restrictions are likely to stay in place beyond its expiration.

Washington has at least 11,948 confirmed coronavirus cases and 634 deaths as of Monday.