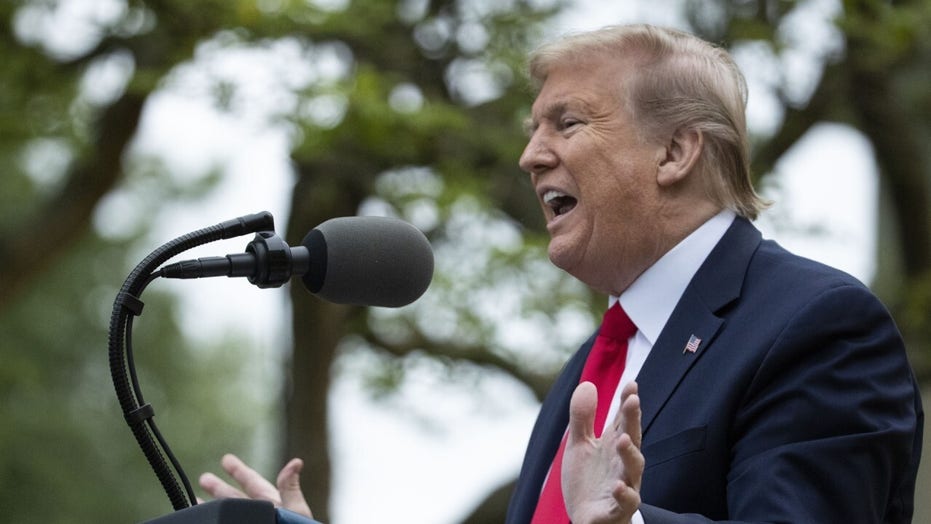 The White House releases new guidelines for states to re-open in three separate phases; reaction and analysis on 'The Five.'

Inslee’s accusations came on the same day that others -- such as New York Gov. Andrew Cuomo and U.S. Sen. Angus King of Maine -- raised the temperature of their rhetoric against the president and his administration as much of the nation remained under stay-at-home orders resulting from the coronavirus outbreak.

The attacks also came one day after the president unveiled guidelines titled "Opening Up America Again," a series of steps for reopening and reviving the U.S. economy.

TRUMP CALLS ON STATES TO 'LIBERATE' THEIR PEOPLE FROM CORONAVIRUS RESTRICTIONS

Whether the Democrats' attacks were spontaneous or part of the party’s election-year strategy, as it looks to deny Trump a second term, was not immediately clear.

Earlier in the day, the president posted a series of messages saying, “LIBERATE MINNESOTA!,” “LIBERATE MICHIGAN!,” and ‘LIBERATE VIRGINIA,” in a show of support for citizens of those states who have been protesting stay-at-home orders or, in the case of Virginia, recent gun control measures enacted by state Democrats. (Minnesota Gov. Tim Walz announced some easing of that state's rules Friday, the same day protesters gathered outside his home.)

“His unhinged rantings and calls for people to ‘liberate’ states could also lead to violence,” Inslee’s statement said, according to Q13 FOX. “We’ve seen it before. The president is fomenting domestic rebellion and spreading lies even while his own administration says the virus is real and is deadly.”

Inslee, 69, is a former congressman who has been Washington’s governor since 2013. In recent weeks he has won praise – including from President Trump and members of the president’s Coronavirus Task Force – for his efforts to stem the spread of the virus after Washington initially led the nation in both infections and deaths.

As of late Friday, Washington was no longer in the top 10 states in either infections or deaths.

Earlier in the week, Inslee joined an alliance with California Gov. Gavin Newsom and Oregon Gov. Kate Brown, also Democrats, to jointly decide when to reopen their states’ economies.

His Friday offensive against President Trump came the same day as at least two other no-holds-barred rhetorical attacks against the president or his administration.

In New York, Gov. Andrew Cuomo launched a lengthy tirade against the president in a news conference, demanding more federal dollars for his state, which leads the nation in both coronavirus infections and fatalities.

"First of all, if he's sitting home watching TV, maybe he should get up and go to work, right?" Cuomo said at one point, referring to the president. 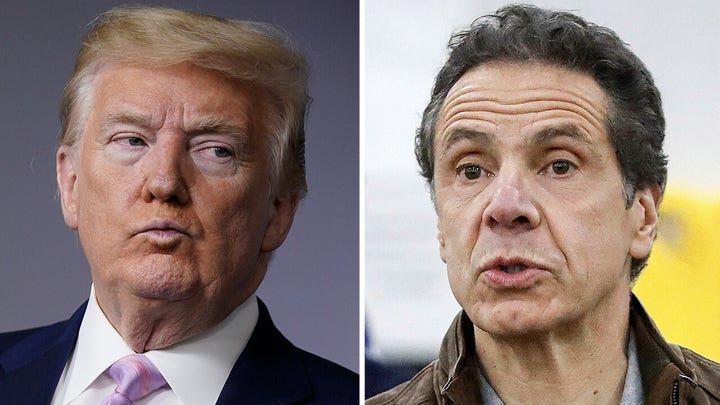 He added: “Don’t pass the buck without passing the bucks.”

Cuomo’s rant drew a response from the president.

"Governor Cuomo should spend more time 'doing' and less time 'complaining'. Get out there and get the job done. Stop talking!" Trump tweeted Friday.

“I have never been so mad about a phone call in my life,” King reportedly said.

Democrats were frustrated by what they viewed as inadequate answers from Pence and members of the Coronavirus Task Force regarding COVID-19 testing and other topics, the report said.

On Friday, Pence told reporters that states "have enough tests to implement the criteria of phase 1" of the White House plan to reopen the economy "if they choose to do so."