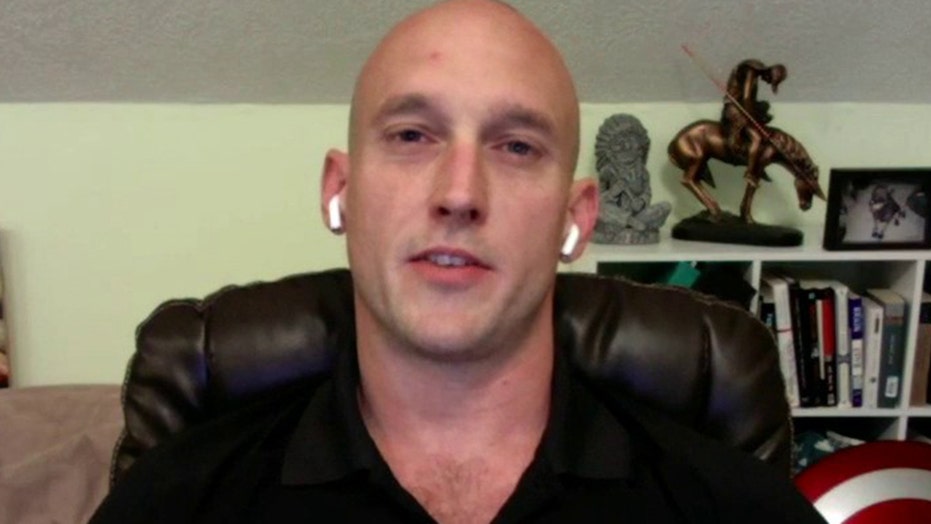 Former Navy SEAL's tips for keeping your cool during a crisis

The destroyer USS Kidd arrived in San Diego with more than 60 sailors infected with coronavirus -- more than triple the number since Friday, the U.S. Navy said.

The Arleigh Burke-class destroyer pulled into port on Tuesday to get medical care for the crew and to disinfect and decontaminate the ship.

"As part of the Navy’s aggressive response to COVID-19 aboard USS Kidd (DDG 100), the ship arrived at Naval Base San Diego today," the U.S. Navy said in a statement. "As of today, 63% of USS Kidd (DDG 100) crewmembers to include all who were symptomatic and their close contacts have been tested for COVID-19, with 64 total positive results."

One sailor was medically evacuated to the United States on Wednesday after experiencing shortness of breath. Fifteen others were transferred to another ship with a medical facility for closer observation of symptoms.

Sailors being removed from the USS Kidd in San Diego will be isolated with twice-daily medical screenings. Crew members who have tested negative will enter quarantine for a period of observation, with military health professionals monitoring them for symptoms, the Navy said. Also, a small contingent of sailors who tested negative will remain on the ship for essential services and deep cleaning. The cleaning is expected to take two weeks.

There are roughly 350 sailors aboard the Washington state-based warship that deployed with the Theodore Roosevelt Strike Group in late January.

The destroyer had been on counter-narcotics duty in the Pacific off Central America as part of the reinforcements announced by President Trump on April 1 at the White House.

Trump announced that the U.S. military would be sending more warships, including "Navy destroyers," to ramp up counter-drug operations. The USS Kidd was not mentioned specifically during the White House press conference attended by top Pentagon brass.

The Navy has moved swiftly to get the USS Kidd's crew ashore.

The destroyer USS Kidd arrived in San Diego with more than 60 sailors infected with coronavirus, more than triple the number since Friday, the Navy says. (FILE)

The USS Kidd is the second Navy ship to have an outbreak of the disease while at sea, the other being the USS Theodore Roosevelt, an aircraft carrier that has been docked at Guam for a month.

The Roosevelt has more than 900 sailors with confirmed cases of COVID-19, but the entire crew has now been tested.

With the Roosevelt and Kidd both in port, respectively the Navy said no deployed ships currently have known coronavirus cases aboard. Thirteen ships that previously had one or more active cases while in port have zero cases now, the Navy said.